A Fall Day with Purple and Gold

Posted on November 4, 2019 by Susanne Swanson

No not this variety –

I finally attended a Husky Football Game – at the University of Washington for those who don’t know – and yes, that’s my alma mater – and no I’m not telling you how long ago.

Why did it take so long?  Well first of all I’m not a huge football fan.  I prefer baseball.  Second, I only went to the UW for my senior year so I never quite got into the school spirit.  But a friend of mine works at the U and had tickets and I said sure, why not, and met her Saturday at the stadium.  Better late than never!

Getting there turned out to be surprisingly easy.   My husband dropped me off at the light rail station and it was a straight shot to the UW at the end of the line.  Okay it was jam packed as everyone else had the same idea so I had to stand most of the way. Still, it was pretty amazing to come up out of the tunnel facing the stadium.

And when I saw this handsome fan go by I knew I was in the right place. 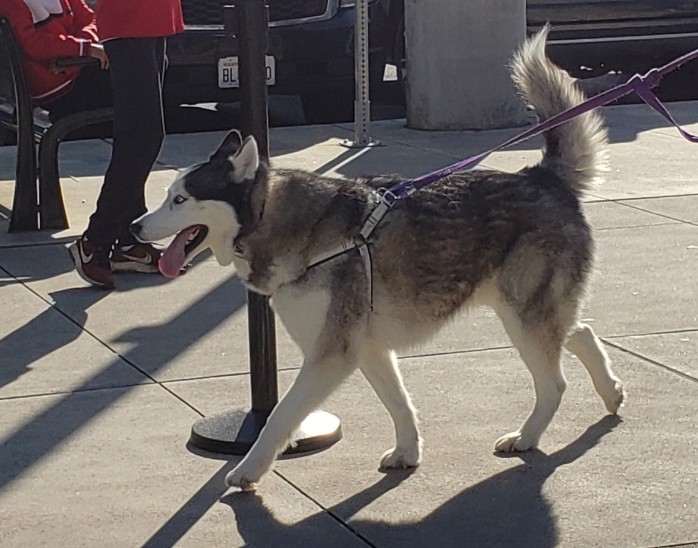 I met up with my friend and we got some lunch and found our seats.  We were there early and the pregame festivities were great fun.  There was the marching band, paratroopers, and a flyby of a giant C-17 transport plane.

There was music and sunshine and good views and hotdogs and lots of visiting.

Sometimes this happened and everyone went wild. 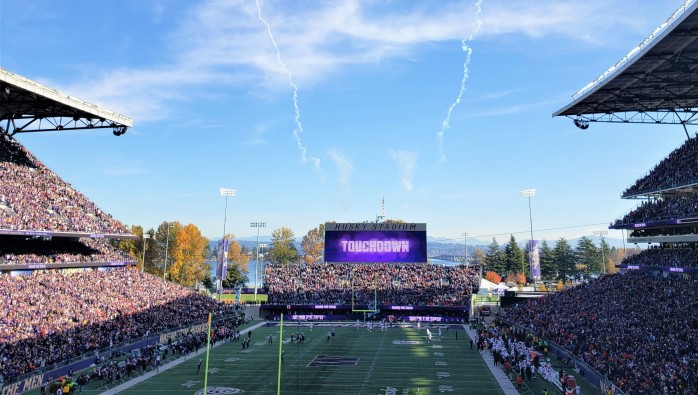 Just not often enough. At least for our team.

We led at halftime but it was short-lived.  We lost to the higher ranked Utah team.

Even so it was entertaining and a great way to spend a fall Saturday with a good friend. I’d even do it again, win or lose.

← The Cruise North from Monterey to Victoria and Home Again!
Alki Blues in Seattle →

7 Comments on “A Fall Day with Purple and Gold”