The Cruise Continues – On to Astoria!

We woke to sunrise on Day 2 of our cruise ready for our first port of call:  Astoria, Oregon, the oldest American settlement west of the Rockies, founded in 1811. (Here’s Day 1 if you missed it.) 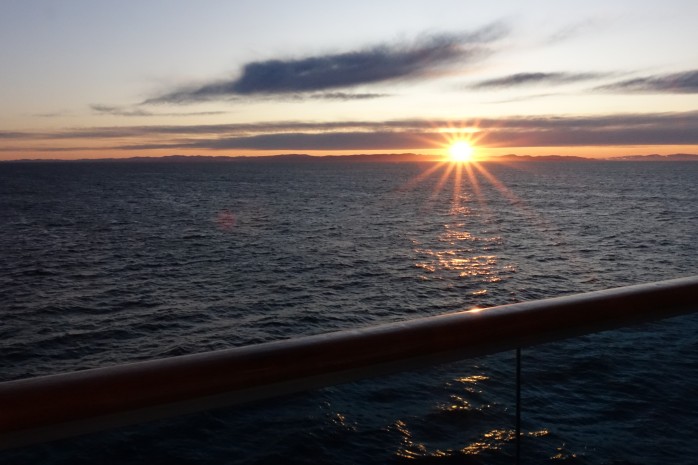 After coffee and a light breakfast I went down to the Promenade Deck for a walk around the ship as we approached the mouth of the Columbia River.  This was the view north, of Washington’s Cape Disappointment. 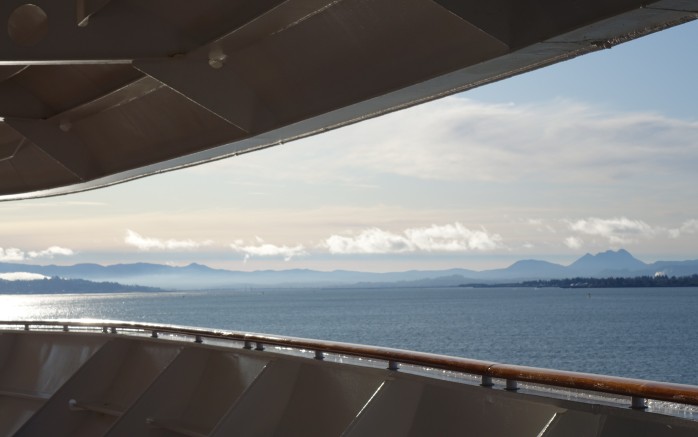 And there – straight ahead – was a giant sandbar.

According to Wikipedia, ‘The Columbia Bar is where the river’s current dissipates into the Pacific Ocean, often as large standing waves… The waves, wind, and current are hazardous for vessels of all sizes.. Conditions can change from calm to life-threatening in as little as five minutes due to changes of direction of wind and ocean swell.. Since 1792 approximately 2,000 large ships have sunk in and around the Columbia Bar, and because of the danger and the numerous shipwrecks the mouth of the Columbia River acquired a reputation worldwide as the graveyard of the Pacific.

Scared?  No not me. I was trusting our experienced Captain and even more, the pilot boat that came to guide our ship safely to port. 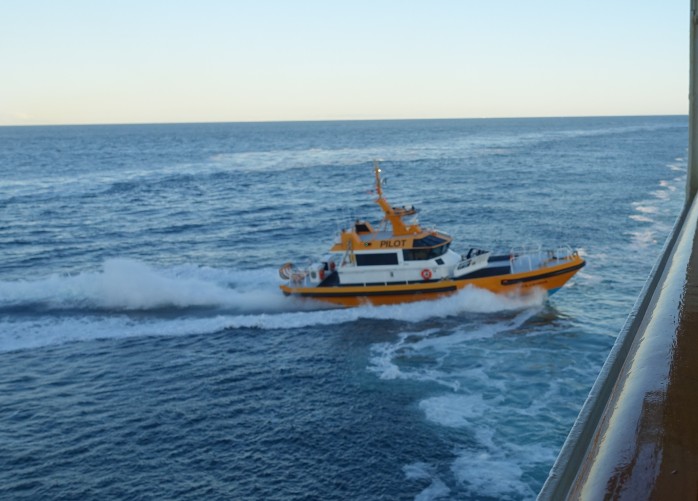 I continued my walk and found quintessential views of Oregon to the south. 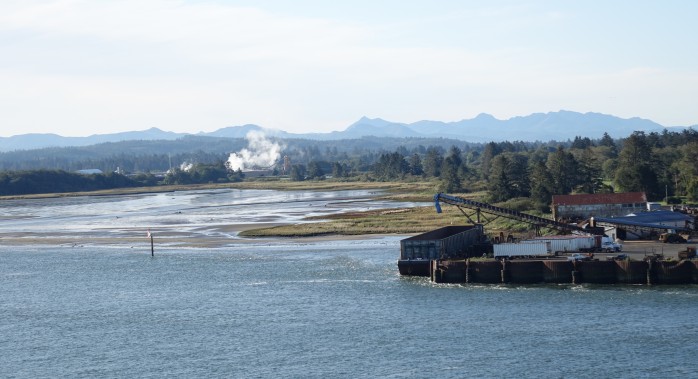 Just ahead was the Astoria bridge connecting Oregon and Washington. When completed in 1966, it was the longest continuous-truss bridge in the world. 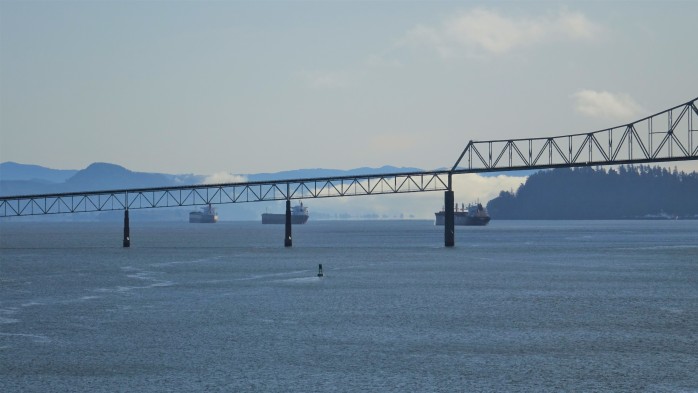 We would dock just short of it, then head out for our shore excursion.

This was not our first time to Astoria so we’re quite familiar with its offerings.  But we signed up for a guided tour of Fort Stevens State Park and enjoyed stops by other landmarks on the way, including the Astoria Column for the best views in town. 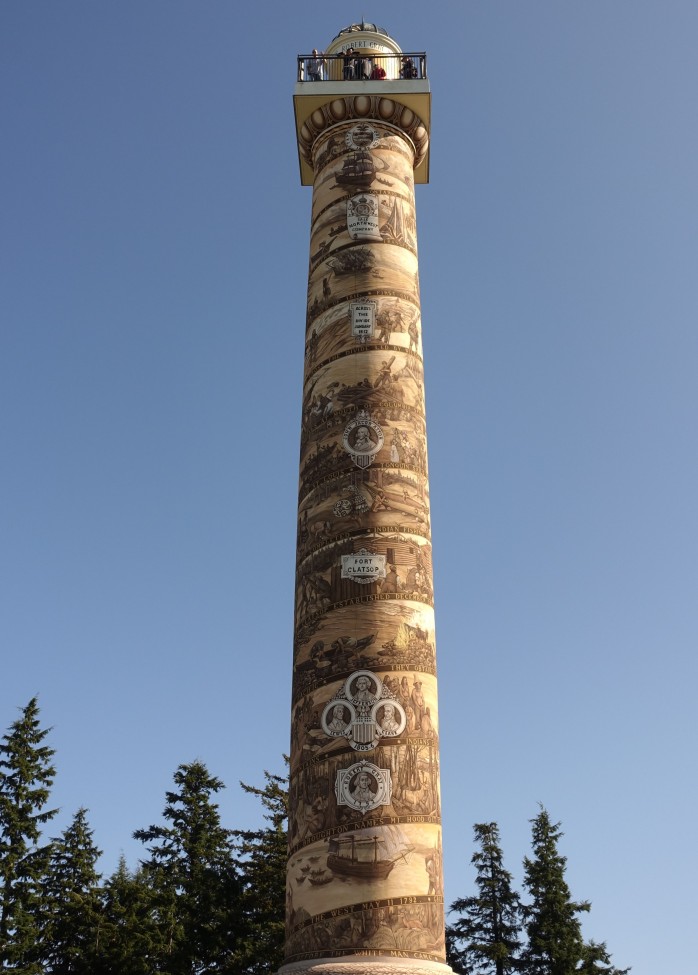 We didn’t climb to the top – I did last time and that was enough.  A narrow winding staircase inside takes you to an even narrower platform at the top barely two persons deep.  But even without climbing the tower the views from the hill are great.

Our next stop was the Peter Iredale – because who doesn’t want to see a shipwreck?  This British ship ran aground in 1906. Remember?  It’s the Graveyard of the Pacific!

We finally arrived at Fort Stevens, a military defense installation, constructed during the Civil War, and fired upon during WW2. The tour guide was enthusiastic and knowledgeable about the fort, having grown up as an army brat playing in its batteries. 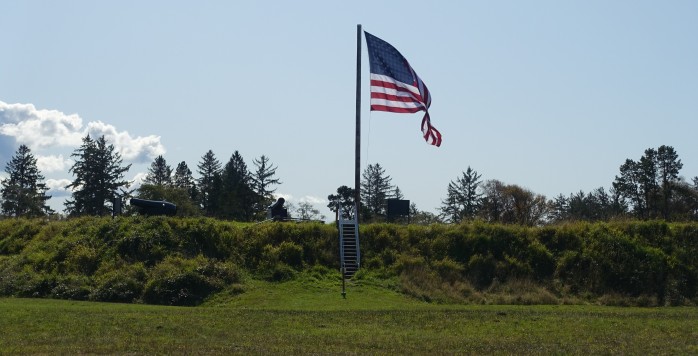 After a full day we headed back to the ship for dinner and watched as our captain carefully maneuvered us out to sea.

There were parting shots of the Astoria Column, 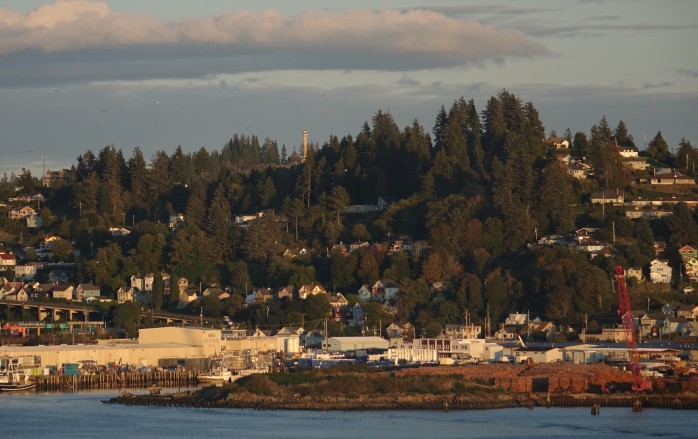 and of course the setting sun. 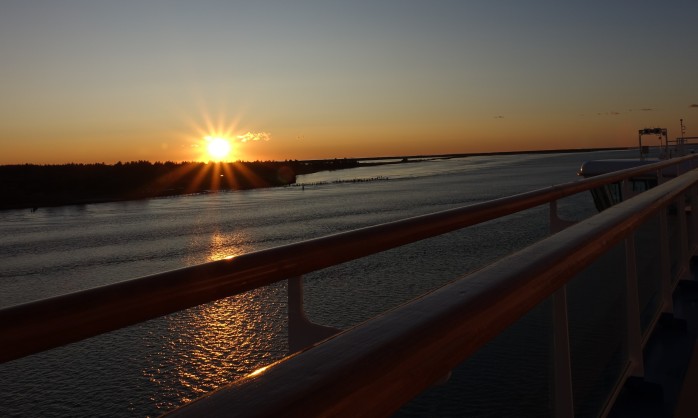 Next up –  a full day at sea, followed by an early morning arrival in San Francisco.

10 Comments on “The Cruise Continues – On to Astoria!”