Cedar River Walk and Some History

Posted on February 7, 2019 by Susanne Swanson 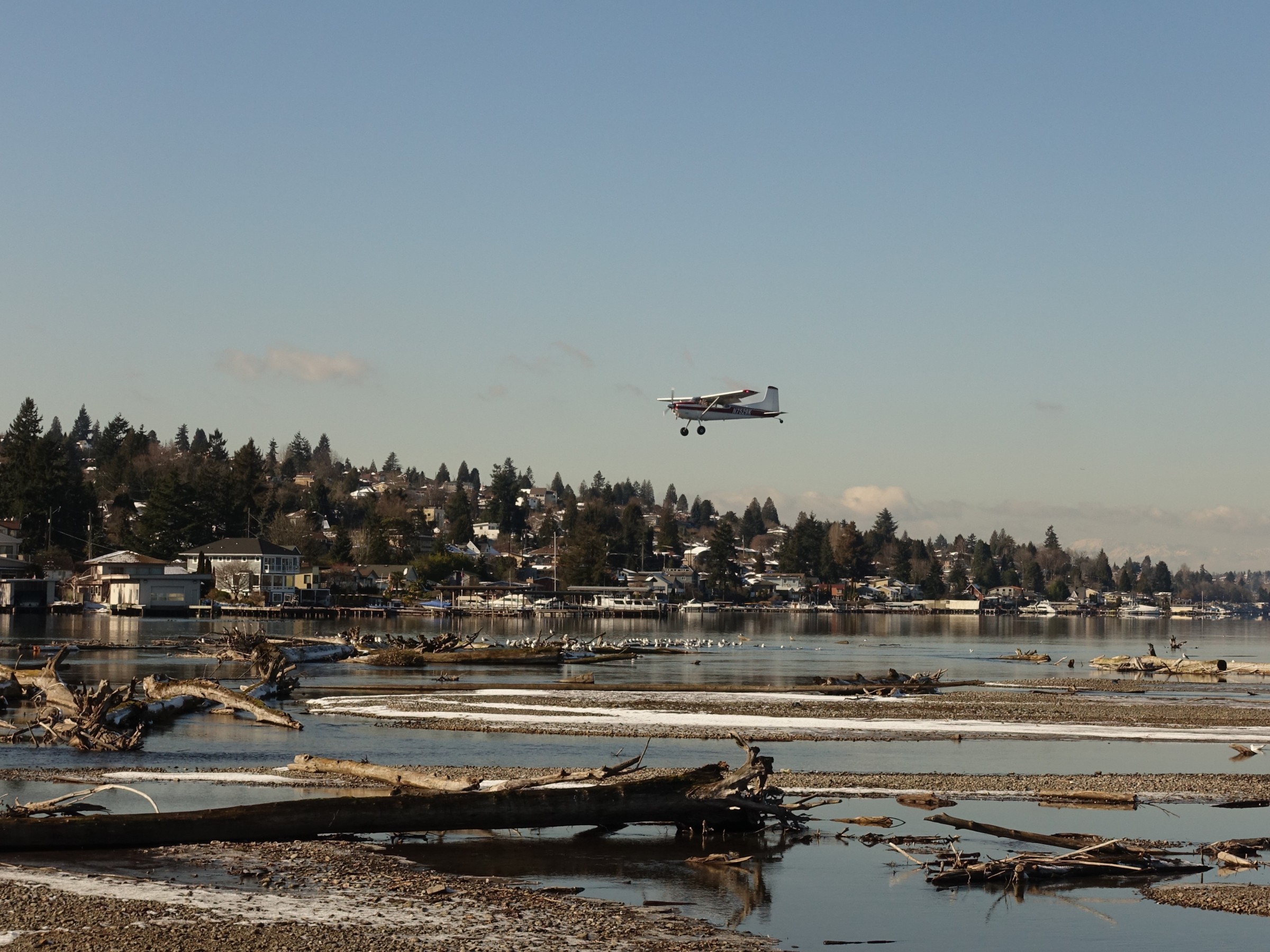 Even though we’re in the middle of a Seattle Freeze I’ve been missing my walks so yesterday we set out for the Cedar River Trail. 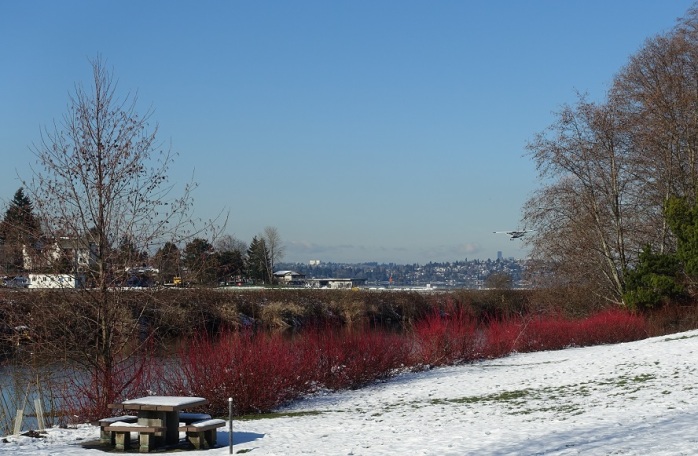 We were greeted by other walkers including these ducks who were led by their fearless leader apparently looking for a handout. I would have obliged if I’d had some bread on me, but I did not.  (Probably for the best as we’re advised not to feed the waterfowl.)

We walked the northern part of the trail passing the Boeing plant and these almost completed 737’s. 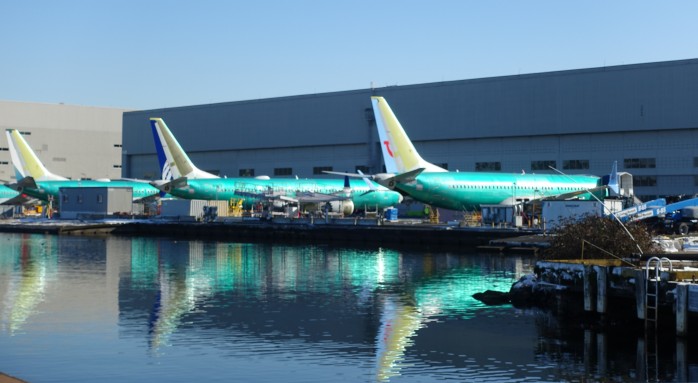 We also enjoyed watching planes land at the Renton Airport 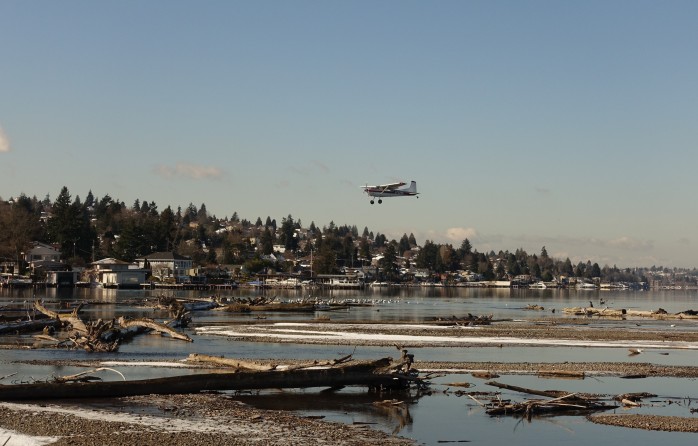 and distant views of the Seattle and Bellevue skylines with Mercer Island in between.

And now for a bit of history.

But In 1911 the citizens of Renton diverted the Cedar into Lake Washington to help mitigate flooding in the area.

So the Cedar was left flowing into Lake Washington and ultimately out of the lake in the north via the new Ship Canal and Ballard Locks into Puget Sound.

A major engineering feat but not without ramifications as I learned when visiting Seattle’s Museum of History and Industry recently. 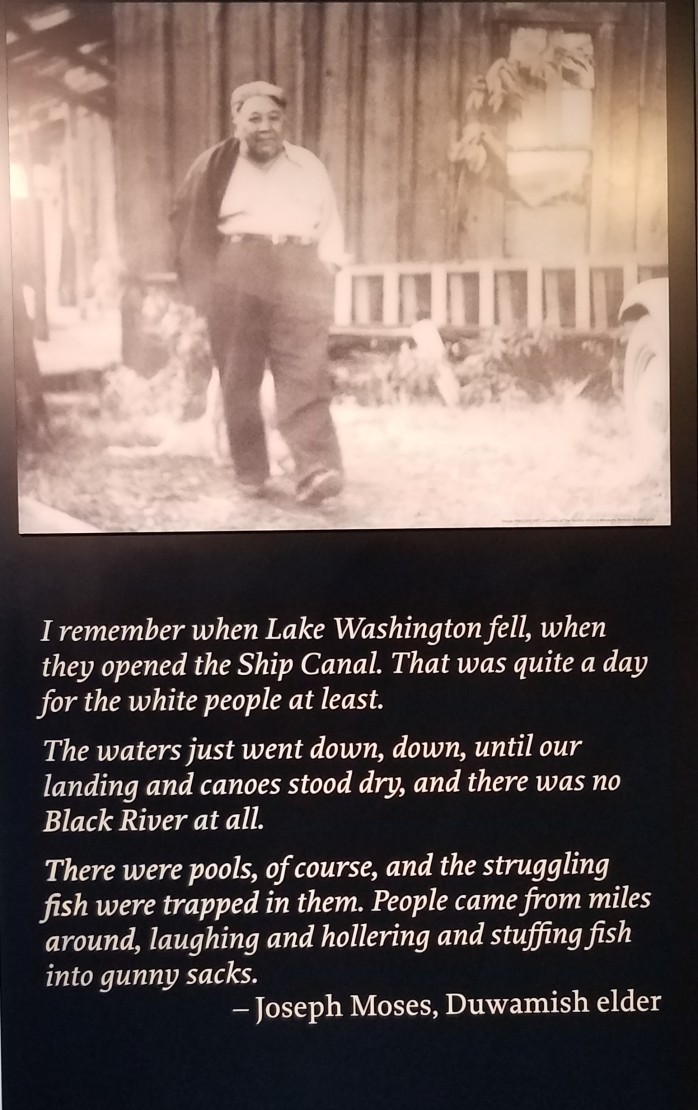 History is complicated isn’t it?  That’s enough for now.

← Snow Day in the Garden
Snow Day with Benji and Tiger →

8 Comments on “Cedar River Walk and Some History”