The Colors and Solitude of Long Beach

Long Beach bills itself as the longest beach in the world.  Maybe that’s a stretch – no pun intended. Still at 28 miles, it ranks #3 on the list of longest US beaches and #8 in the world. And if you add in some other qualifiers it rises further to the top. Longest driving beach in the world?  Yes, you can take your car out there but be careful or you’ll get stuck in the sand. Longest beach on a peninsula? Sure. The beach in Washington State runs the entire length of the Long Beach Peninsula, which is bounded on the west by the Pacific Ocean, on the east by Willapa Bay and on the south by the Columbia River.

There’s much to do in the area.  A few small towns line the narrow Peninsula as you drive north to Willapa National Wildlife Refuge.   At the bottom lies Cape Disappointment where Lewis and Clark first saw the Pacific Ocean in 1805, after a long walk across the country.  There are historic lighthouses and an interpretive center but more about those in another post.  In this one I will focus on the star attraction of our visit, the beach itself,  in all its different color palettes. 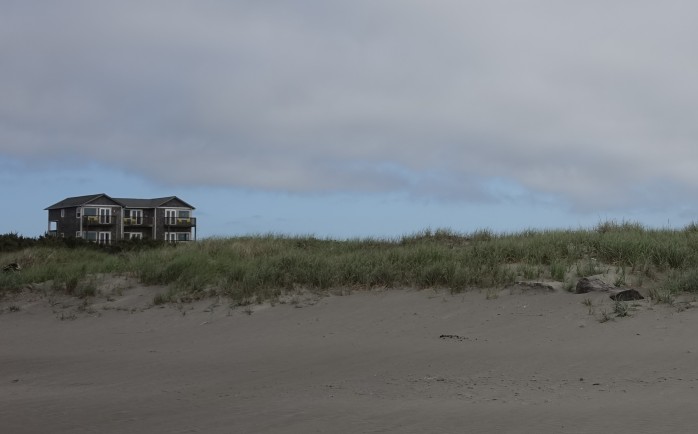 We woke up in the morning to see the ocean and sky blended into lovely blue pastels.

Patchy afternoon clouds added interest as we walked the boardwalk through the dunes. 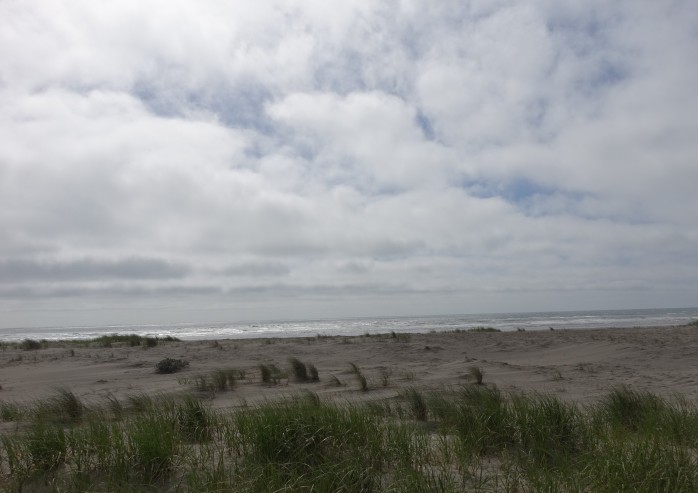 All appeared silver and gray when the clouds took over, and horses and riders stood out in contrast. 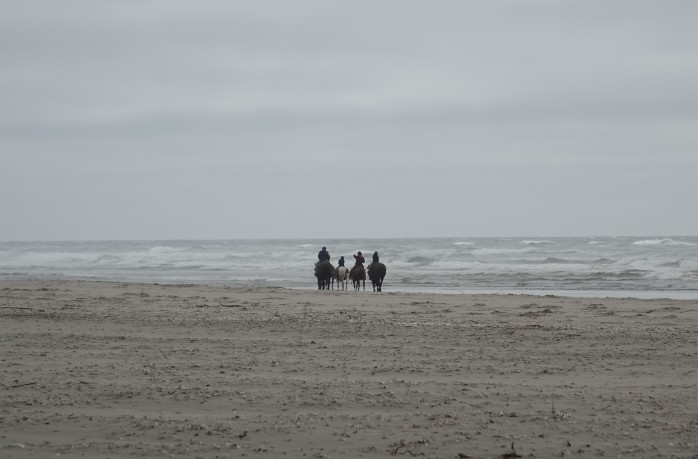 And later when the clouds burned away we were treated to the golden glow of sunset over the Pacific. 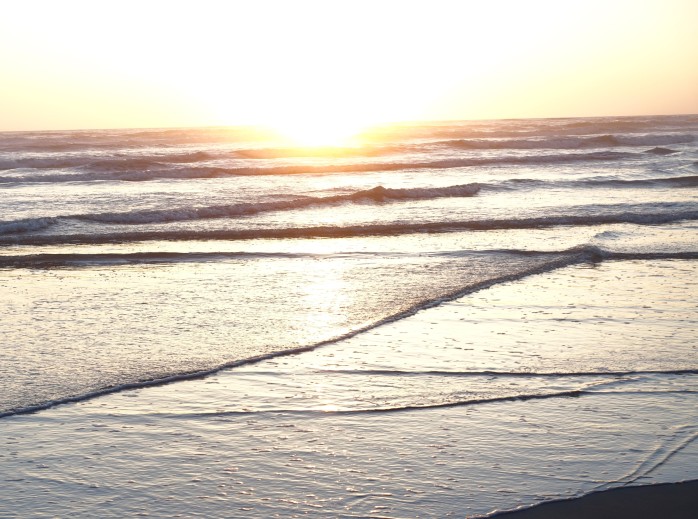 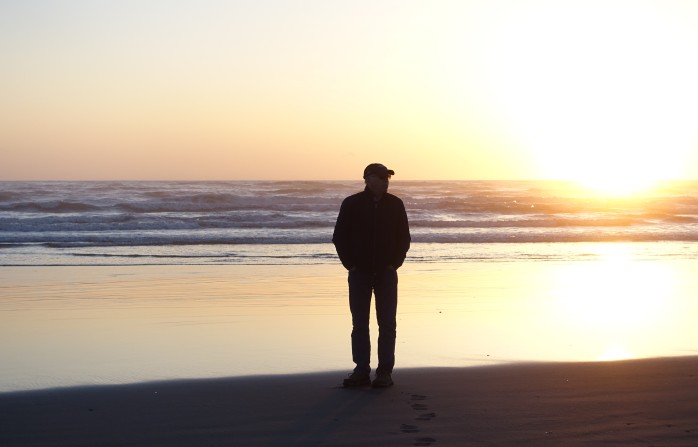 Yes, the weather here can sometimes be fickle and strong currents and riptides make the beach unsuitable for swimming.   But this is a place of quiet and solitude,  a beach to enjoy for its sheer magnificence.  Where you can walk for miles in the sand or stroll the wooden boardwalk; ride a horse on the beach or a bike on the Discovery Trail.  A wonderful place to retreat; I can’t wait to return.

16 Comments on “The Colors and Solitude of Long Beach”