We were looking for a rainy day activity and found it at the Seattle Aquarium, where I was wowed by the beautiful sea life there.  I was also impressed by the Seattle waterfront without the Alaskan Way Viaduct – hang on for that story.  First l’ll show some of my favorites from the Aquarium.

When you first enter you see the ‘Window on Washington Waters’ –  a giant tank full of fish and creatures representative of Neah Bay. 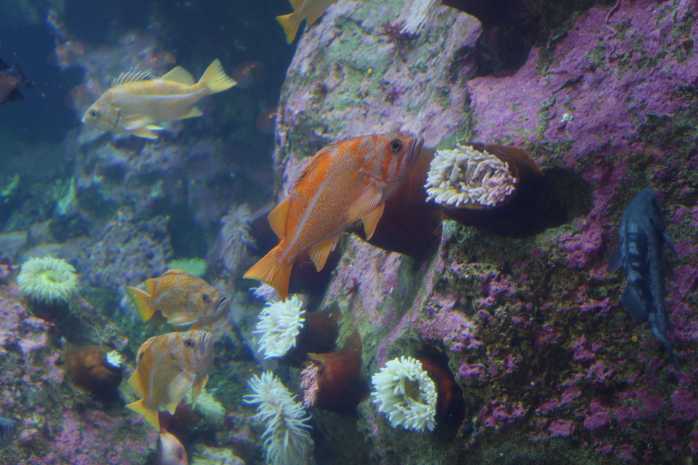 If you time it right you’ll see a diver chatting up the audience. Here she’s feeding a wolf eel, which turns out is not an eel at all but a long fish with strong jaws. Docile they said, but I wouldn’t want to be in her flippers!!  🙂 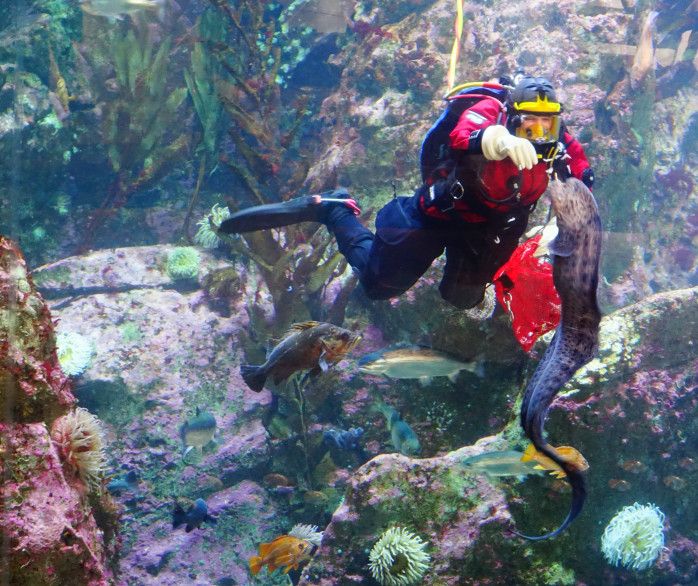 Next was ‘Life on the Edge,’ a look into the tidepools of Puget Sound, with starfish and sea anemones that you can touch. 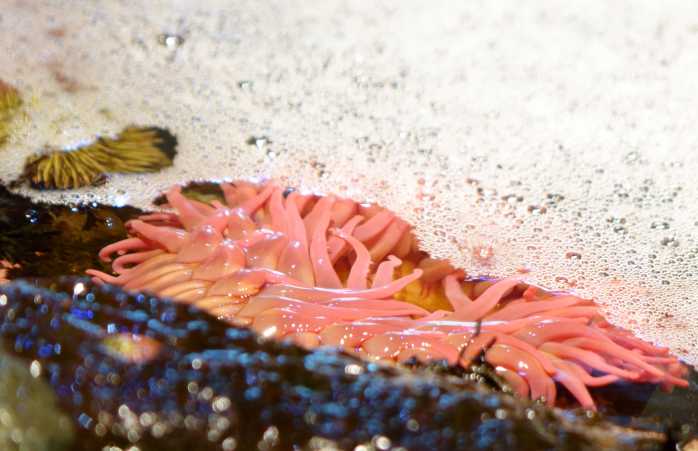 The giant Pacific Octopus are nearby. I loved watching them though I have mixed feelings at their confinement – always a conundrum. We were told if they show signs of stress they are released back into the wild.  I hope the octopus let them know.  This one weighs 50 pounds though they can grow up to 150 pounds and have arms that can span to 20 feet across!

The most colorful fish are found in the Tropical Pacific exhibit. Is it just me or is the Yellow Tang smiling?

Finding Nemo fish are everyone’s favorite. Don’t you think it’s time for the Clownfish to have a name change? 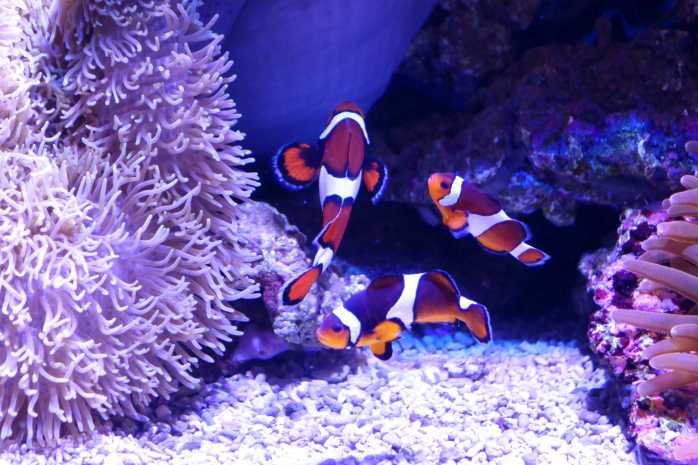 Finally here’s a look at the Underwater Dome – where you see local fish mostly in gray and silver, much like our weather. This male Lingcod was patiently guarding the eggs laid by Mrs. Lingcod, hiding in what looks like a Styrofoam package below. 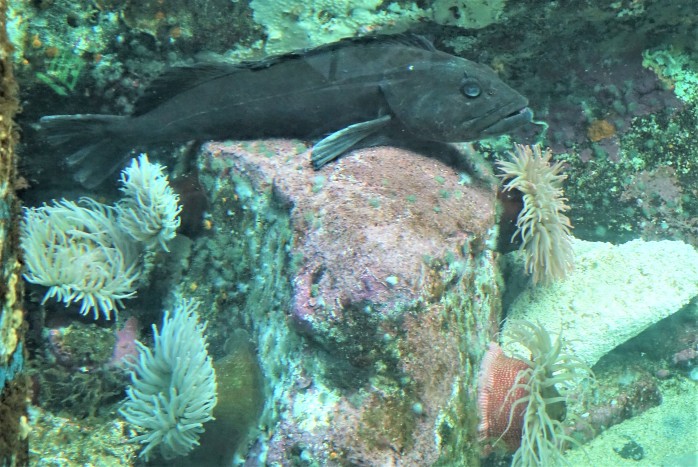 After the Aquarium we strolled along the waterfront and stopped to watch the Wheel, which is more solid than appears in this ghost image. 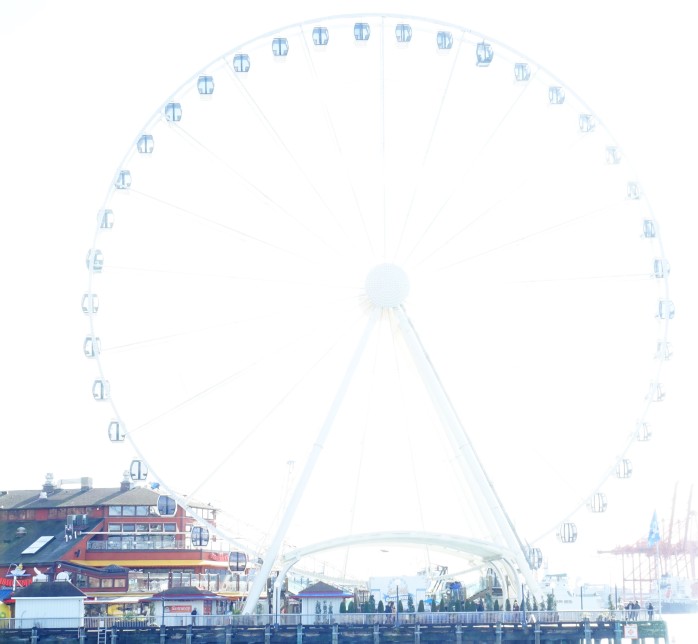 Now about that Viaduct!

For 66 years Seattle’s waterfront was marred by an ugly elevated highway that ran next to it.  Part of Highway 99, the Alaskan Way Viaduct was a noisy eyesore that blocked views of the waterfront from downtown. Here’s what it looked like from the Public Market.

After the last earthquake it was deemed seismically unsafe. So after much political wrangling it was finally removed last year, piece by piece, and replaced by an underground tunnel built by a broad named Bertha. True!  Bertha was the giant boring machine that plowed underground for many years, becoming famous when she got stuck but finally broke through!

There’s still much to be done to beautify the area where the Viaduct once stood but we’re finally on the way to having a first class waterfront, where you can catch a ferry, have some fish and chips and enjoy the surrounding area in peace and quiet.