From O the Joy! to Dismal Nitch

Posted on September 10, 2019 by Susanne Swanson

Dismal Nitch –  could any place name be more apropos?

After a long and arduous journey across the North American continent,  Lewis and Clark were finally nearing their destination, the Pacific Ocean.  They had left St. Louis on May 14, 1804,  and on November 7, 1805 William Clark had written in his journal, ‘Ocian in view – O the Joy!’   But they weren’t there yet and on November 10th  a severe winter storm pinned them down in a cove that Clark called  “that dismal little nitch”. 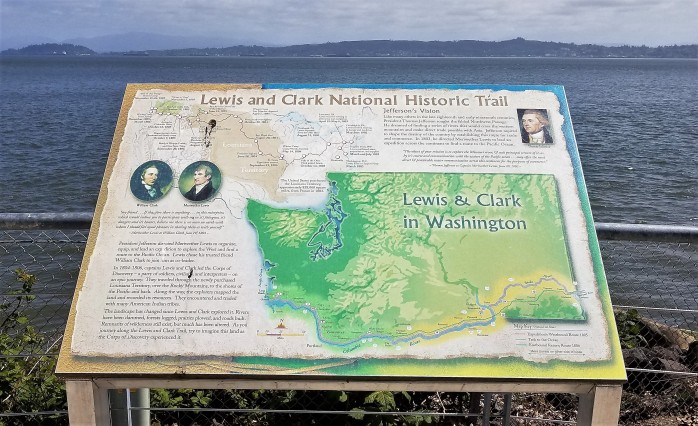 On November 12th he wrote,  “It would be distressing to a feeling person to See our Situation at this time all wet and cold with our bedding also wet, in a Cove Scercely large enough to Contain us … canoes at the mercy of the waves and driftwood … robes & leather Clothes are rotten ..  our Situation became Seriously dangerous…”

We stopped by Dismal Nitch on the north side of the Columbia River, and I pondered the name and plight of the great explorers. 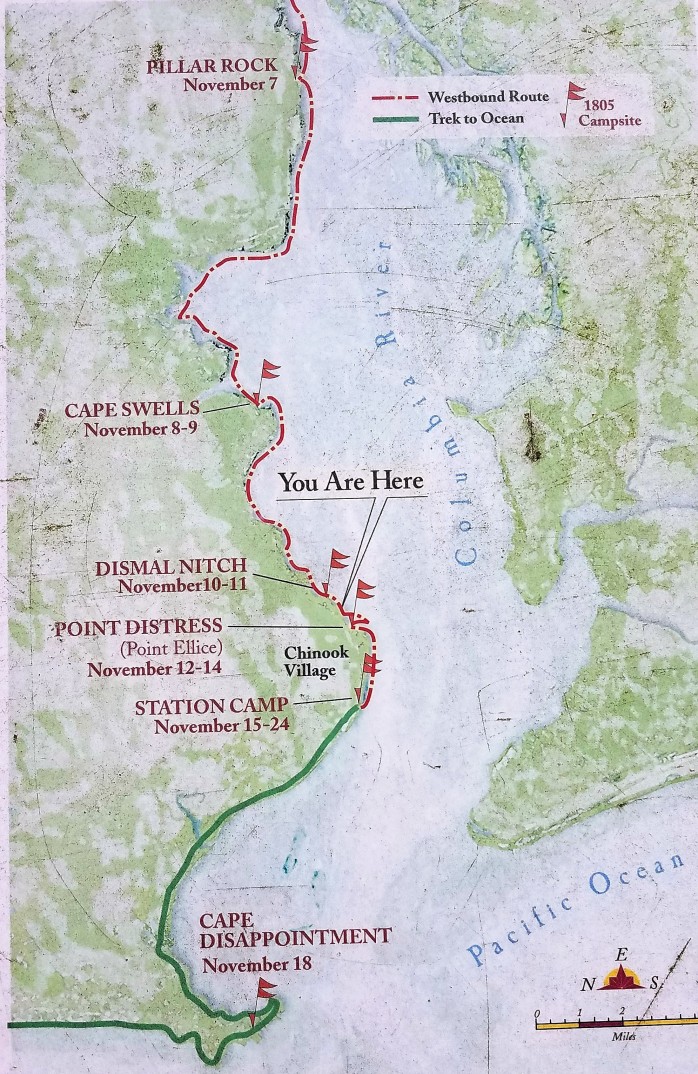 So near their goal but day after day of waves and wind and rain.

Eventually the storm subsided and the Corps of Discovery moved on to Station Camp where they stayed for 10 days and explored the area.  Then after taking an historic vote – where all participated including York the slave and the woman, Sacagawea – they agreed to cross the river to set up their winter camp where game was thought to be more plentiful.  It would be called Fort Clatsop, for the Clatsop Indians who helped them there. 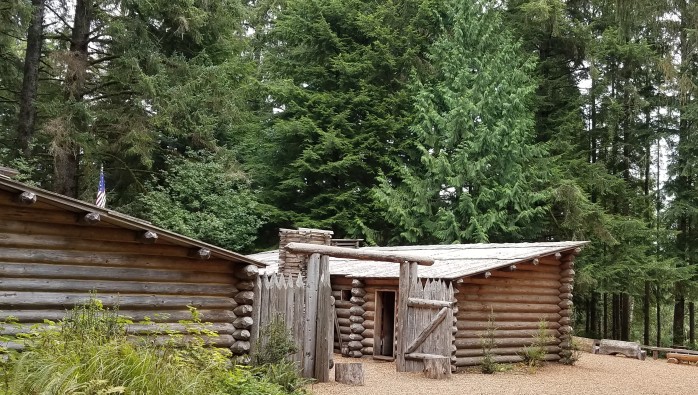 They still had a long and rainy winter to endure before their return trip but return they did, and continued to record their discoveries in their journals.

Is it too much to say that their journey can be a metaphor for life?  We too have seasons full of Joy! but also know the occasional Dismal Nitch.

In any case, I never get tired of revisiting their story and the places they touched in the Pacific Northwest.

← Dreaming of the Road to Hana
Tossing and Turning all Night →

13 Comments on “From O the Joy! to Dismal Nitch”

Follow Cats and Trails and Garden Tales on WordPress.com
Join 1,497 other followers