I couldn’t let the Lens-Artists Challenge Precious Pets go by without sharing pictures of the cats who’ve been part of our lives these past many years.

I’ll start with dear Annie, the only Siamese I ever had and the most long-lived of them all. She was with us for almost 21 years, from 1986 until she went to the Rainbow Bridge in 2007.  We weren’t crazy for taking pictures back then but I still have one from her golden years, though it doesn’t adequately convey her striking beauty and deep blue eyes. How can I explain to you that she understood me? 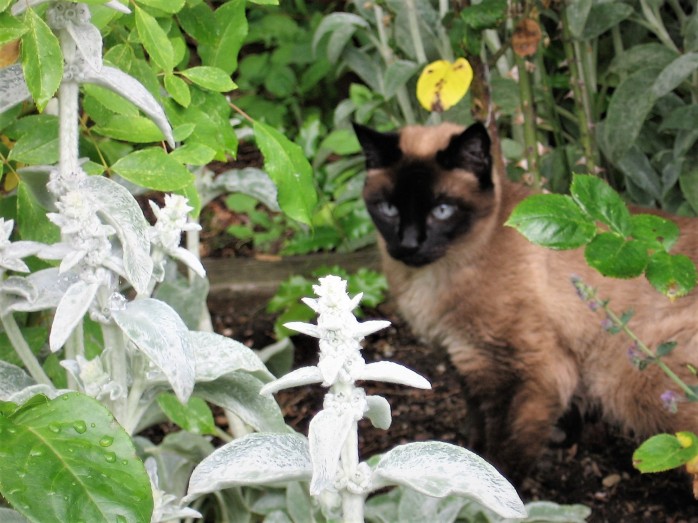 Next was Henry who was left behind when our neighbors moved away.  Hard to believe they abandoned him but we found him wandering in our backyard and took him in.  When he was later diagnosed  with diabetes,  I – the most needle averse person I know – gave him insulin shots until the disease got the best of him.  What we do for love! 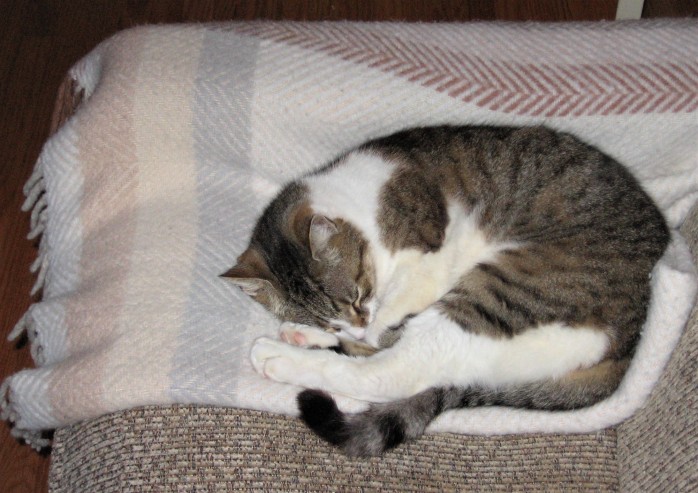 Our sweet Joey deserved more than his four short years but at least we know they were good ones. He had the biggest fur and the tiniest meow of all my feline friends  and was a true and loving lap cat. 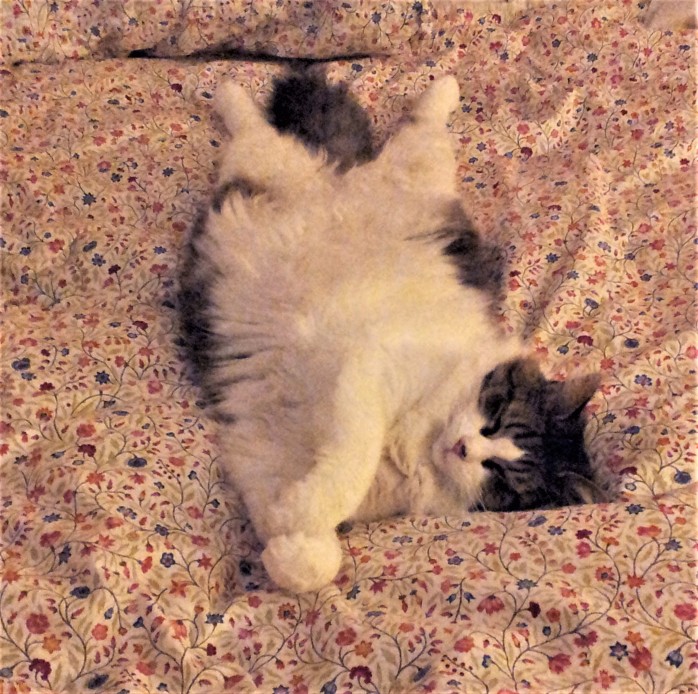 Now there’s Tiger who we brought home from the cat hotel where his previous owner left him.  Tiger – whose beautiful green eyes won us over and still reflect his gentle soul.

He was Top Cat in our home when I started this blog (you may have noticed his image on my gravatar.)

Top Cat that is, until Benji moved in and took over.  Benji –  the small kitty with the big personality,  whose antics keep us on our toes and laughing too.  Benji who loves being a cat, as Bob is wont to say. 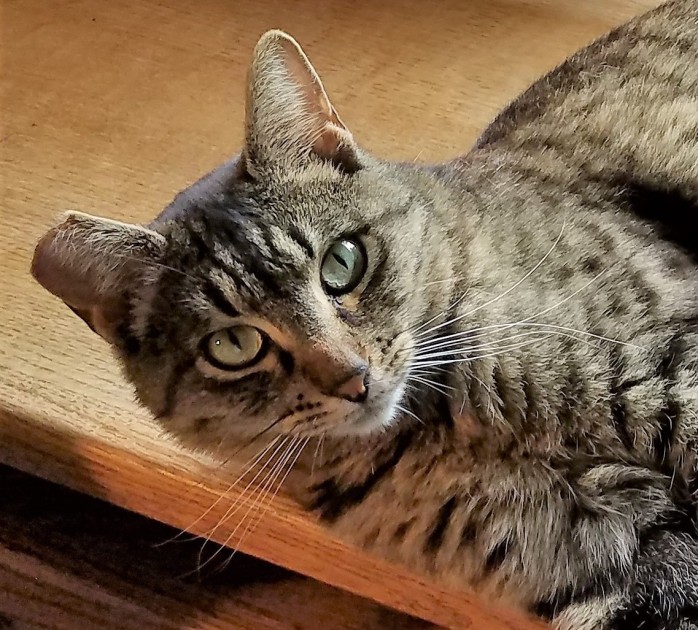 So there you have it. Precious Cats. 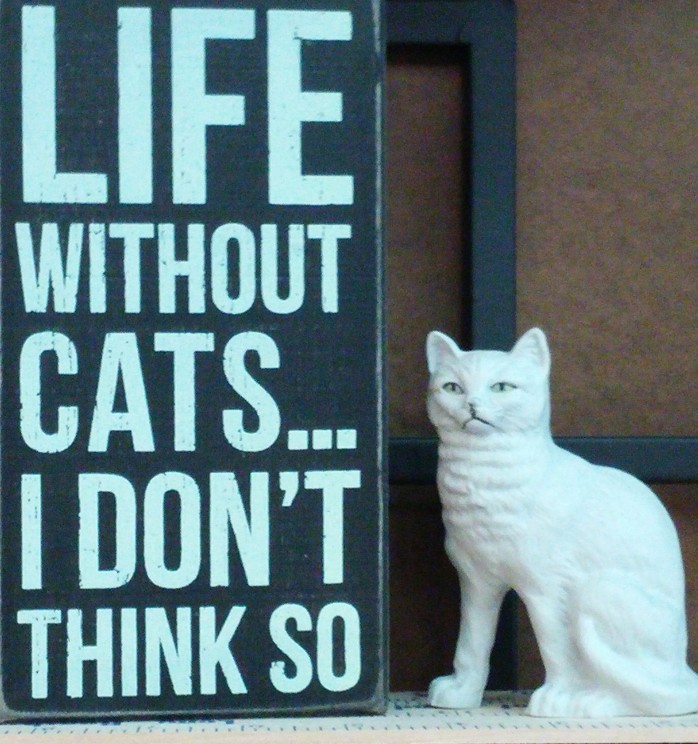