I’m talking about the Redwoods of course! We recently returned from a trip to Northern California, home to the Coast Redwoods – and my oh my – those are SOME TREES!

The drive there was magnificent too, south on Hwy 101 along the beautiful Oregon Coast but I will save that for later.

In this post I will take you through some of the Redwood Groves in Redwood National and State Parks, starting with our first stop at Circle Trail in Prairie Creek Redwoods State Park. See our tiny truck parked out front? 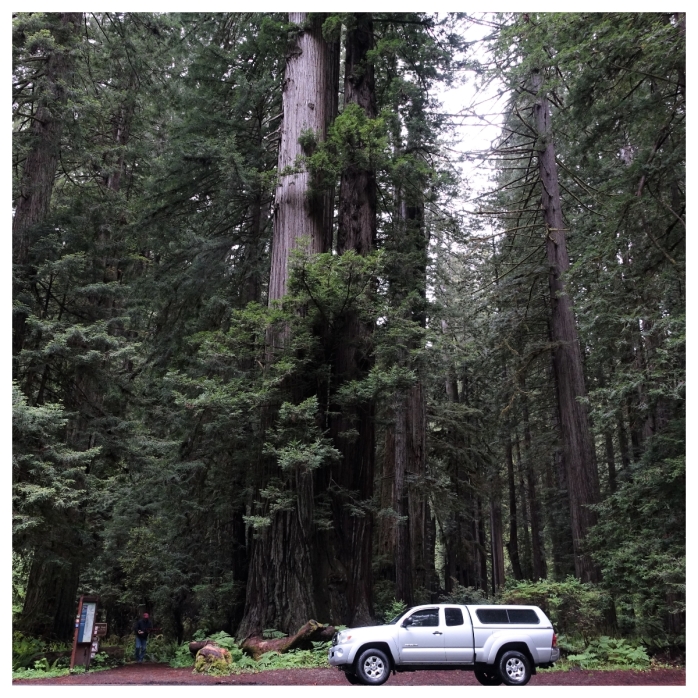 The woods were lovely, dark and deep, and I was ready with my camera. 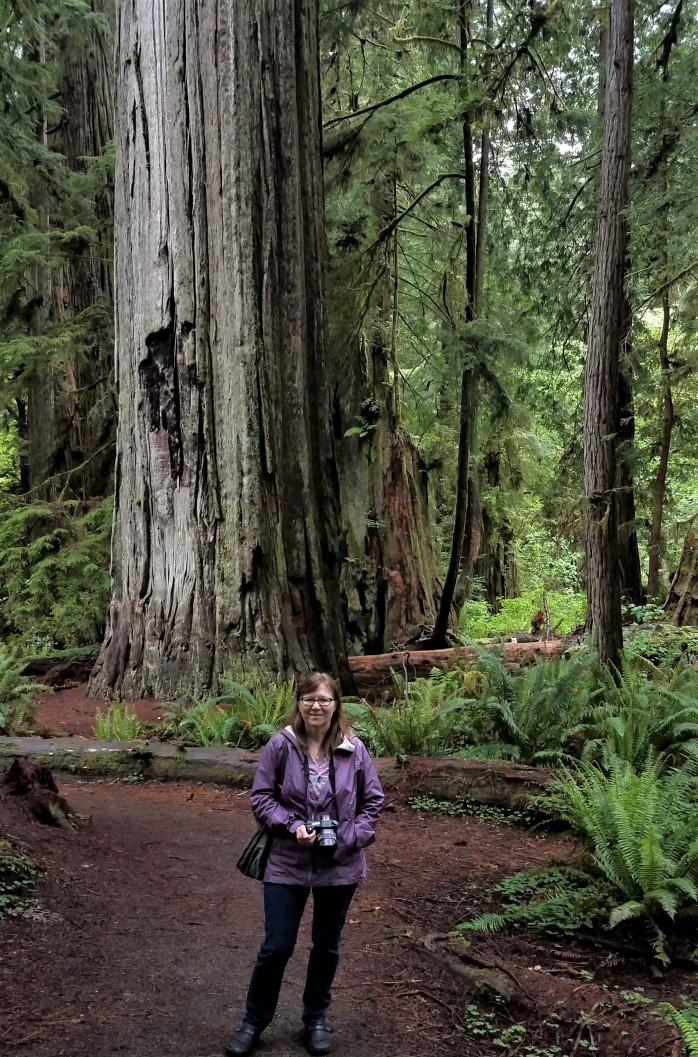 “Find anything to take a picture of yet?” asked a friendly hiker with a grin on his face.

“Not yet,” I replied, “but I’ll keep looking” and we laughed because It’s that kind of place. 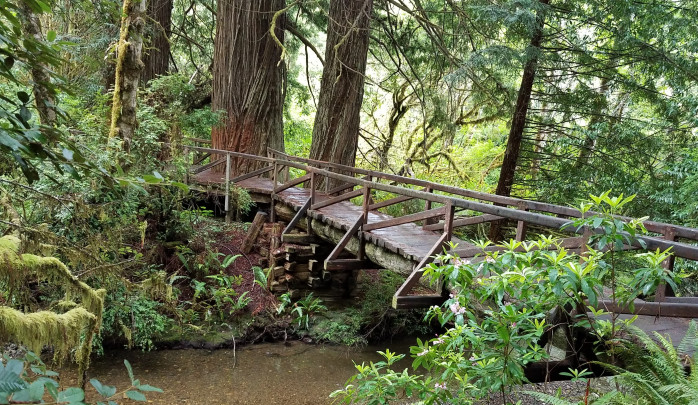 Occasionally a tree was singled out like ‘Big Tree’ below, one of the largest in the park, and estimated to be 1,500 years old! 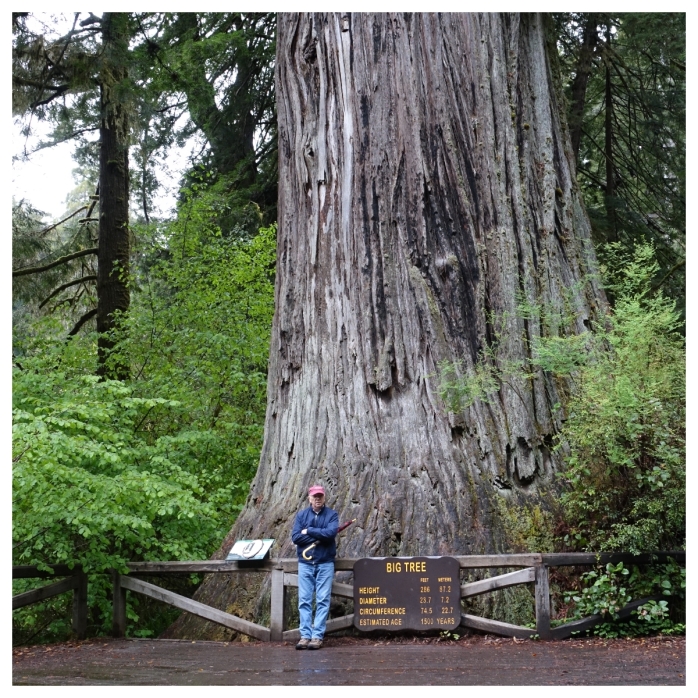 Yes, at 286 feet tall with a circumference of 74.5 feet it earned the name. On the other hand, as the sign nearby shows, there are big trees everywhere! 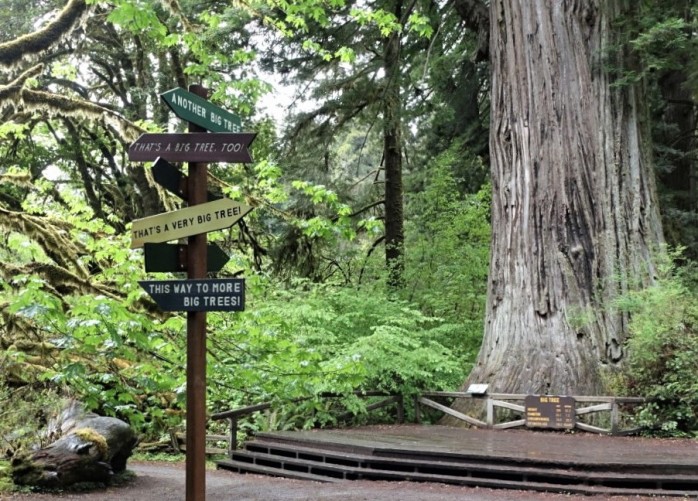 The next day we stopped at three different groves, starting with the Drury-Chaney Grove. Here we took a 2.4 mile nature trail considered one of the finest in the park. And no wonder – it was magical! When I entered the grove it seemed that time stopped and I wanted to lie down in the carpet of redwood sorrel. 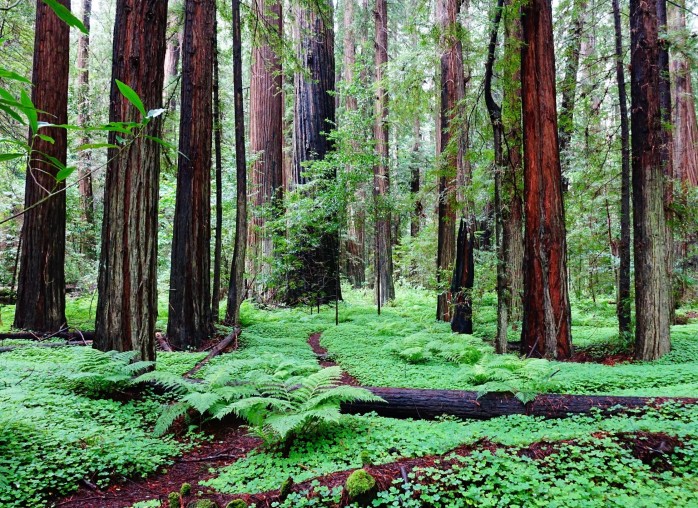 Instead we continued walking and met a friendly German couple who took our picture, after we had taken theirs. 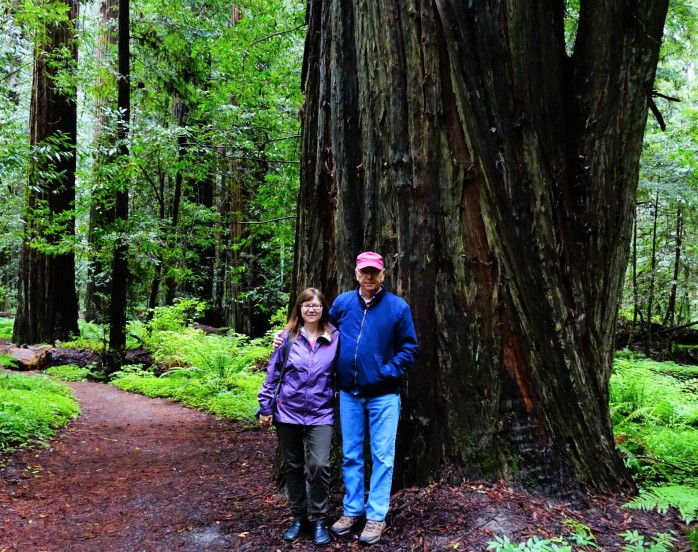 Our next walk was at Founders Grove on the Avenue of the Giants, dedicated to the founders of the Save-the-Redwoods League. It was here In 1917 that several prominent men traveled to view the Redwood groves and were determined to have them protected. This was the first grove purchased by the League in what is now Humboldt Redwoods State Park.

Founders Tree, a 346 foot giant, is dedicated to them. 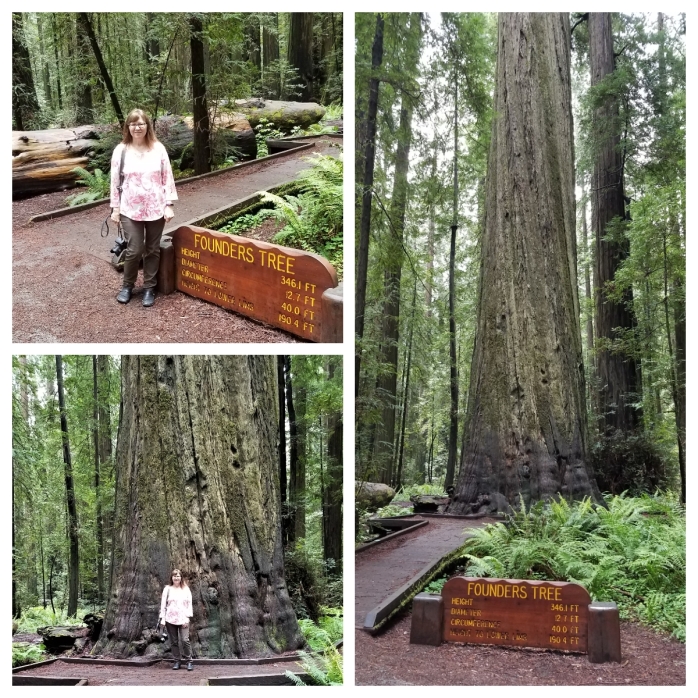 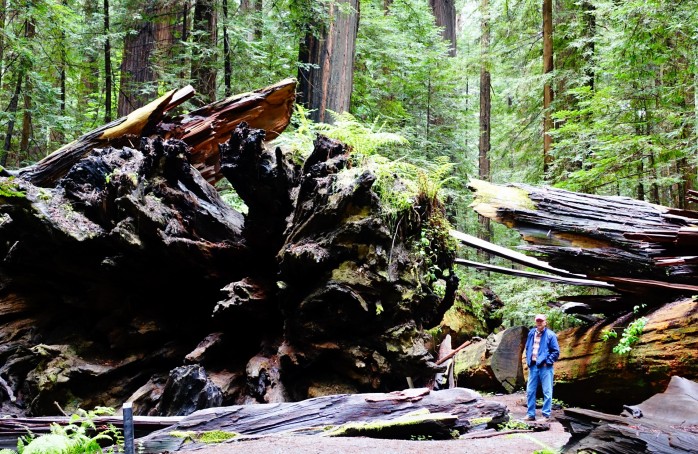 After a stop for lunch we headed back north and saw this little fella by the side of the road, on our way to the Ladybird Johnson Grove. 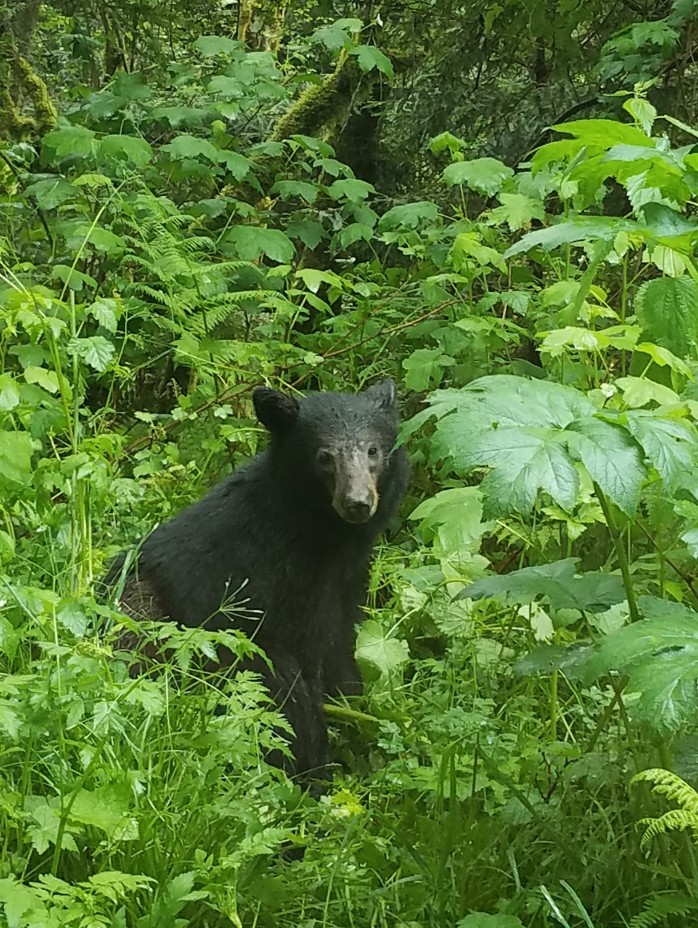 The Grove was dedicated to the former first lady for her role in promoting the National Park which was established in 1968. 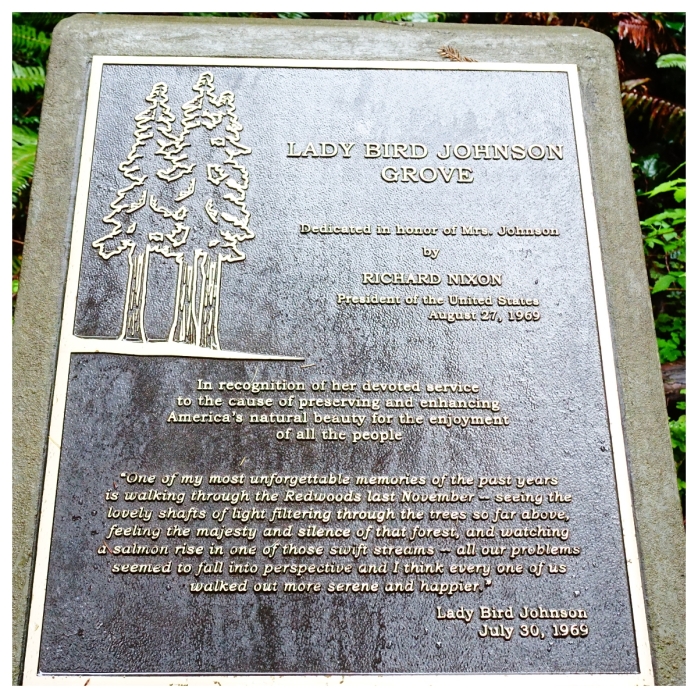 Here I am in front of one of the massive trees resident there.

Well, it’s time to wrap this up but I have one more picture for you. On our last day in the park we stopped at Stout Grove in Jedediah Smith Redwoods State Park and I finally got some pictures of rhododendrons in bloom against the trees. Happy! 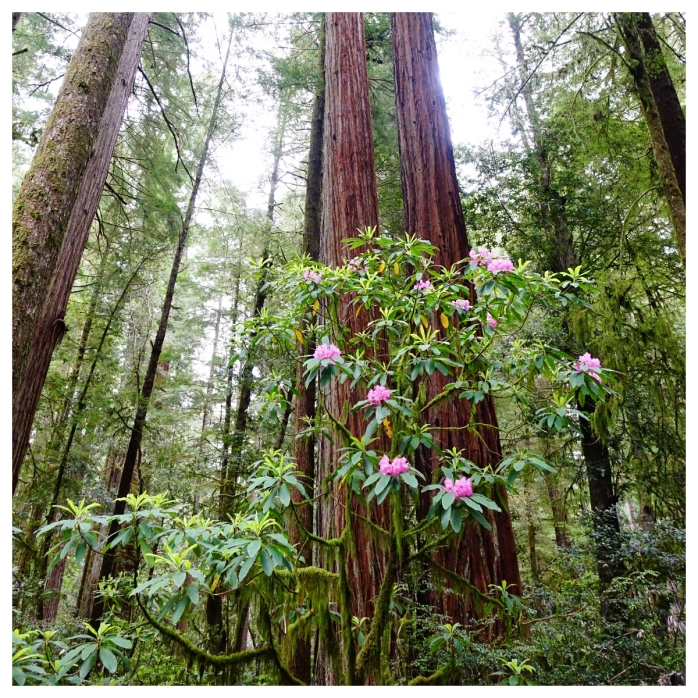 This trip left me thankful to the wise men and woman who endeavored to preserve the rapidly disappearing old growth Redwoods. Though only 5% of the original forests remain they still inspire those who are blessed to visit. Our world would not be the same without them.

22 Comments on “Walking Midst the Tallest Trees on Earth”

Follow Cats and Trails and Garden Tales on WordPress.com
Join 1,539 other subscribers