I found his little Fishy in the closet the other day where it had disappeared for months.  It’s small and flat so it slips (too) easily under doors, couches, stoves or what have you.

Benji fell in love with it all over again like a long-lost friend.  Chasing it. Batting it around.  Flinging it into the air. 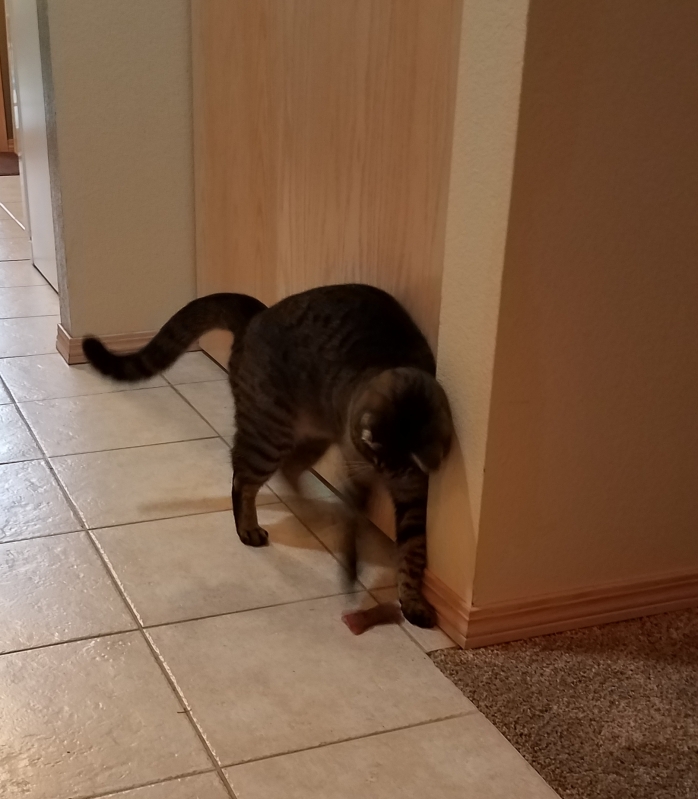 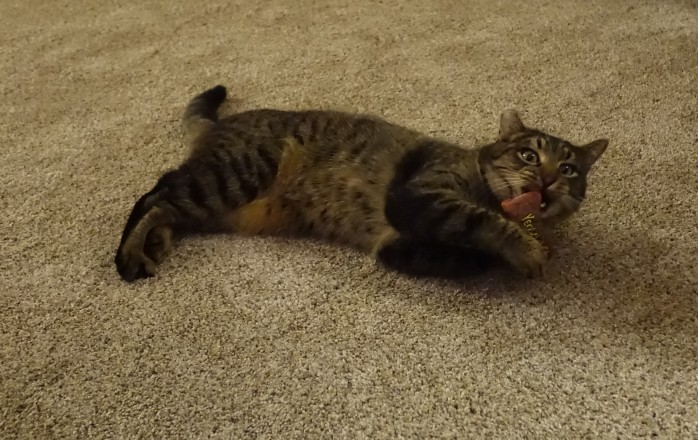 Carrying it here and there like a prized trophy and always on the move making picture-taking hard – though you can see I tried.

I found him in my closet wrestling with the shoes where he had deposited it. Then with my purse where he fished it out again.

He seemed to like to put Fishy into precarious situations so he could rescue it again. Near the sofa for instance where he would occasionally bat it underneath. 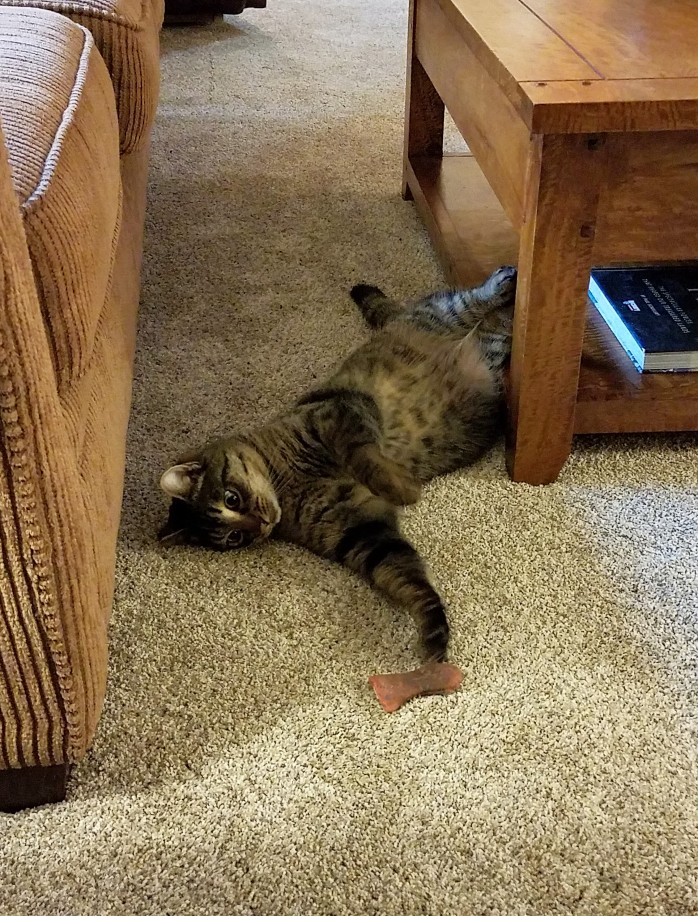 When he couldn’t get it out I came to the rescue though it wasn’t easy being a big couch and all.  So I moved Fishy into the kitchen where it slid around the floor nicely.

until it needed another rescuing – easier this time.

As I write this Fishy has gone into hiding again.

I’m sure it will turn up someday when I need – I mean Benji needs – more entertainment.  Honestly, I don’t know who had more fun, him or me.