Travel back in time for absolute peace and quiet to the historic town of Oysterville. Located on the north end of the Long Beach Peninsula, Oysterville faces east on Willapa Bay, where generations of Chinook Indians once camped and gathered oysters. The first white settlers arrived in 1841 and the town was established in 1854, making Oysterville one of Washington’s oldest.   The bay was rich in tiny native oysters which were harvested and shipped to gold-rich San Francisco, where they ultimately sold for a dollar a piece.  When the oysters ran out so did the town, leaving only quiet streets and quaint houses, along with a store, school and church.

On our recent trip to Long Beach, we drove the 20 minutes north to see the tiny village just before sunset. 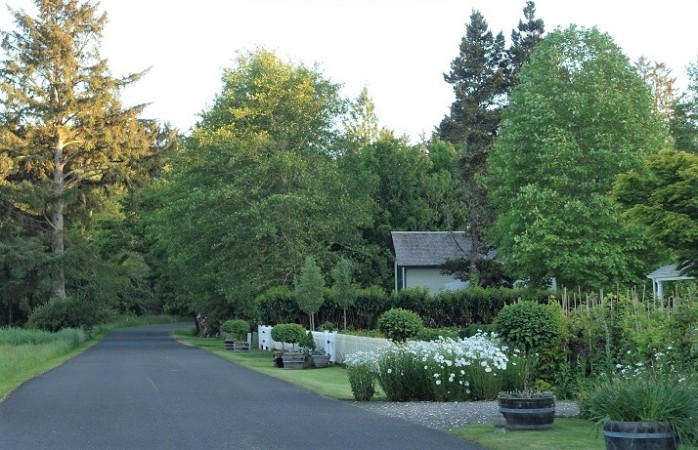 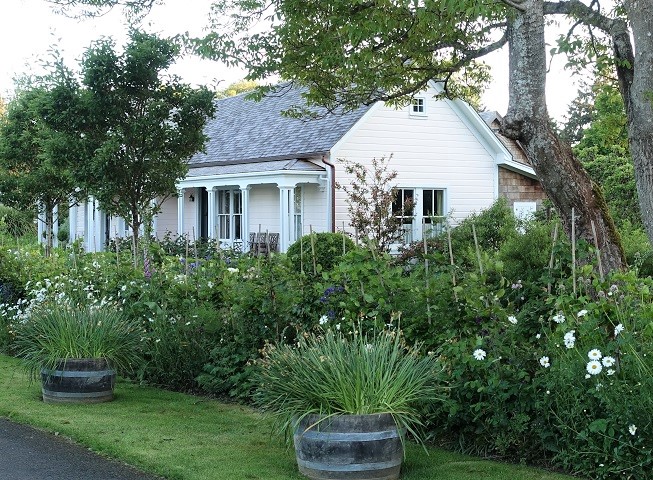 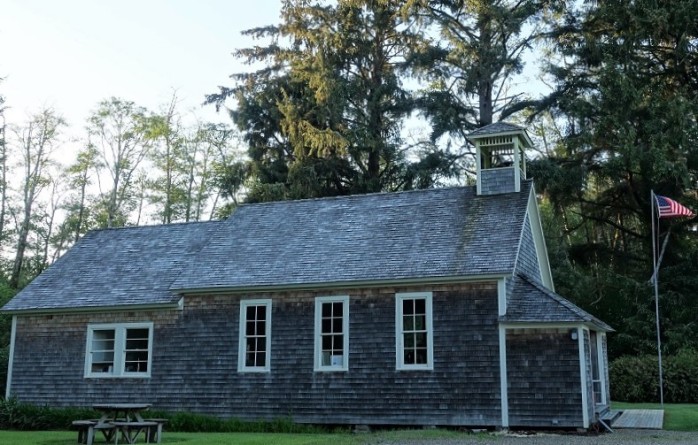 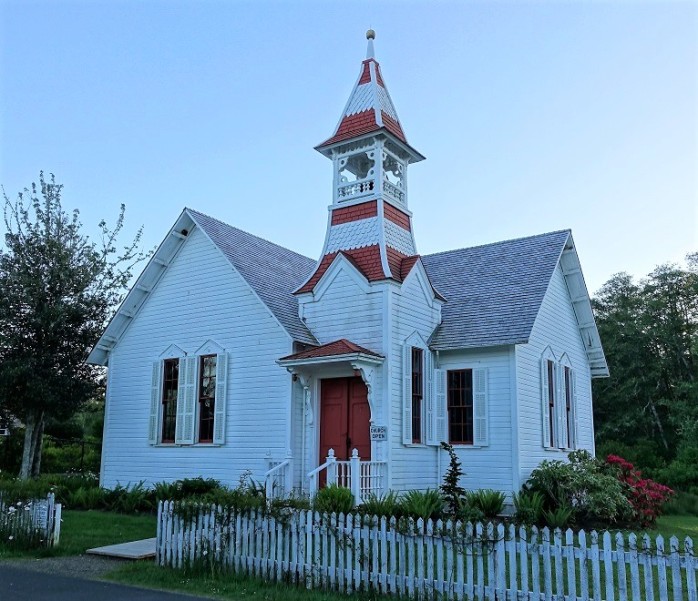 Oysterville was placed on the National Historic Register in 1976 but is still a community of privately owned homes. We walked the couple of blocks through town to Willapa Bay where the oysters had once grown so richly.

Willapa Bay is one of the most pristine estuaries in the United States and the second largest on the Pacific coast.  It’s also home to the Willapa National Wildlife Refuge,  established in 1937 to protect migrating birds and their habitat.  We visited the Leadbetter Point Unit of the Refuge on the tip of the Peninsula the next day.

We found what seemed to be a vast emptiness of tide flats and grasses on the bay side. Actually, the mudflats teem with worms, clams and crustaceans creating prime foraging for shorebirds. 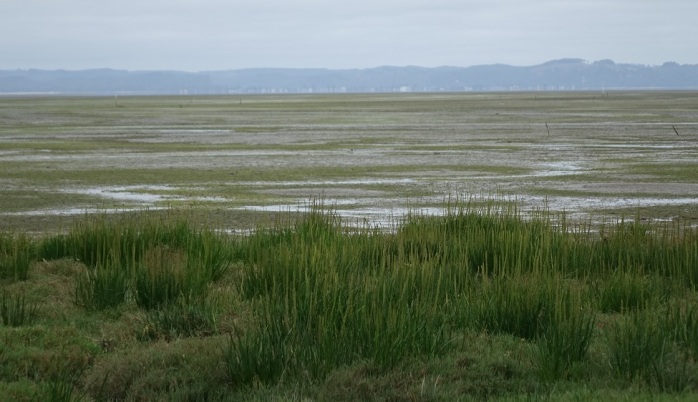 We missed the best birdwatching opportunities which occur during the fall and spring migrations. And sections of the Refuge on the Pacific Ocean side were closed to the public to protect nesting snowy plovers.

So much more to see at the Willapa Wildlife Refuge!  Now that we’ve discovered it we’ll return again on our next trip to the Long Beach Peninsula.

← Inspiration in the Clouds
Still Soaring →

10 Comments on “Oysterville on Willapa Bay”