Posted on October 3, 2016 by Susanne Swanson

This is Tiger and after much consideration and with some resignation, I have decided the new kit known as Benji shall be allowed to stay and share with me in my domain. Not equally of course but in part and only after maturity has been reached. Never let it be said I was unreasonable. 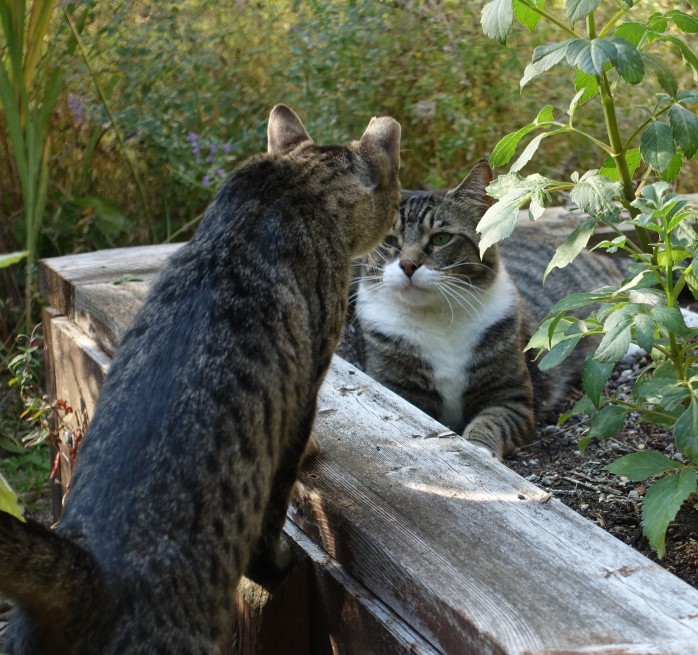 He still has much to learn (everything in fact) and if and when he settles down I shall be happy to teach him. In the meantime Sue promises to sequester him when I need to be left alone. She knows when that is.  I shall try to be understanding but I have my dignity. I refuse to defend myself against that boy’s mischief.

And if we don’t exactly become friends perhaps we can still become brothers. Brothers may pester and brothers may fight but brothers will also understand and forgive. Maybe that is better after all.

From Tiger and Benji, almost but not quite, brothers.

← Reflections on the Snohomish
Ten Random Words I Like →