Memories in Bremerton and a Ferry Ride to Seattle 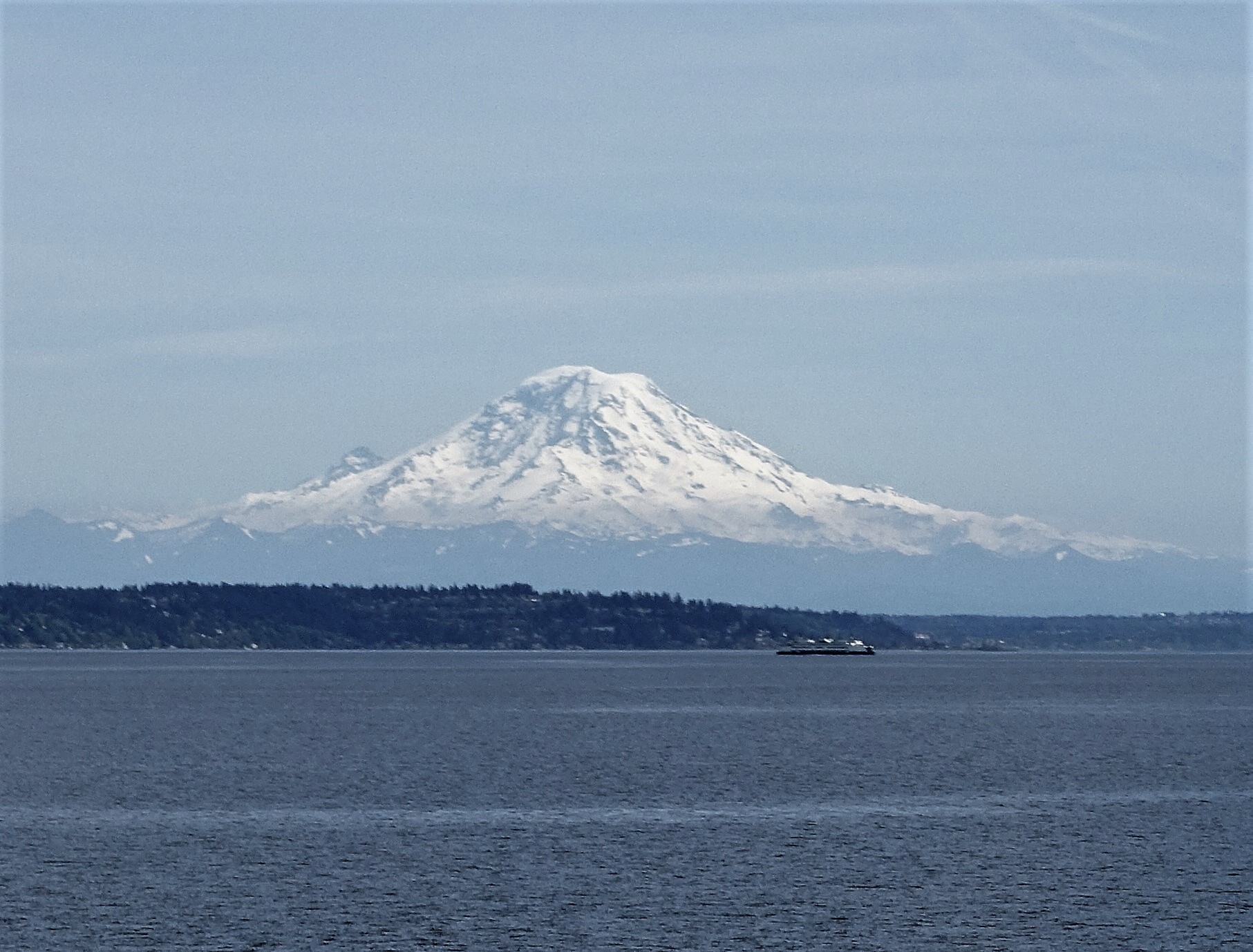 We were looking for a way to spend a sunny spring day and settled on a drive to Bremerton, where we’d visit the Navy Museum and take the ferry back to Seattle. The day would trigger long forgotten memories that I will share with you when we get there!

We headed south and across the Tacoma Narrows Bridge to the Kitsap Peninsula,

and it wasn’t long before we arrived at the Museum in Bremerton. We were greeted by the sail of the USS Parche (SSN-683), a Sturgeon-class submarine, said to be the most highly decorated vessel in U.S. history, from conducting classified operations between 1976 and 2004.

Once inside we learned the history of the Naval Shipyard at Bremerton. Established in 1891, it was the first dry dock and repair facility in the Northwest capable of handling the largest ships, and expanded into ship building during WW1. During WW2 the damaged warships of the Pacific Fleet including those from Pearl Harbor were repaired here.

The Museum has many exhibits including one depicting life on an aircraft carrier. I imagined walking the narrow corridors

sleeping three deep in bunks and dining on the finest cuisine. And then I remembered – I came close to enlisting!

My step-father was a career man and my best friend’s sister was a Navy nurse. We thought we’d follow in her sister’s footsteps and sign up for the Navy together during our senior year of high school. We’d report after graduation and go through training together – under the ‘buddy system.’ We went to the recruiting office and took the exam – I passed – but my friend failed the math. I waited for her to study and take the test again so we could sign up together. She never did.

Funny how small things can redirect your life. But for a friend’s failed math exam I would have signed up that day and ended up who knows where as a Navy nurse!

After perusing the small but interesting museum we headed outside to the Maritime Park where fountains resembled submarines rising through the water.

We walked the few blocks through Bremerton’s sleepy downtown – a downtown that hasn’t made it out of the fifties yet. Which is okay with me – there’s a place for towns like that. 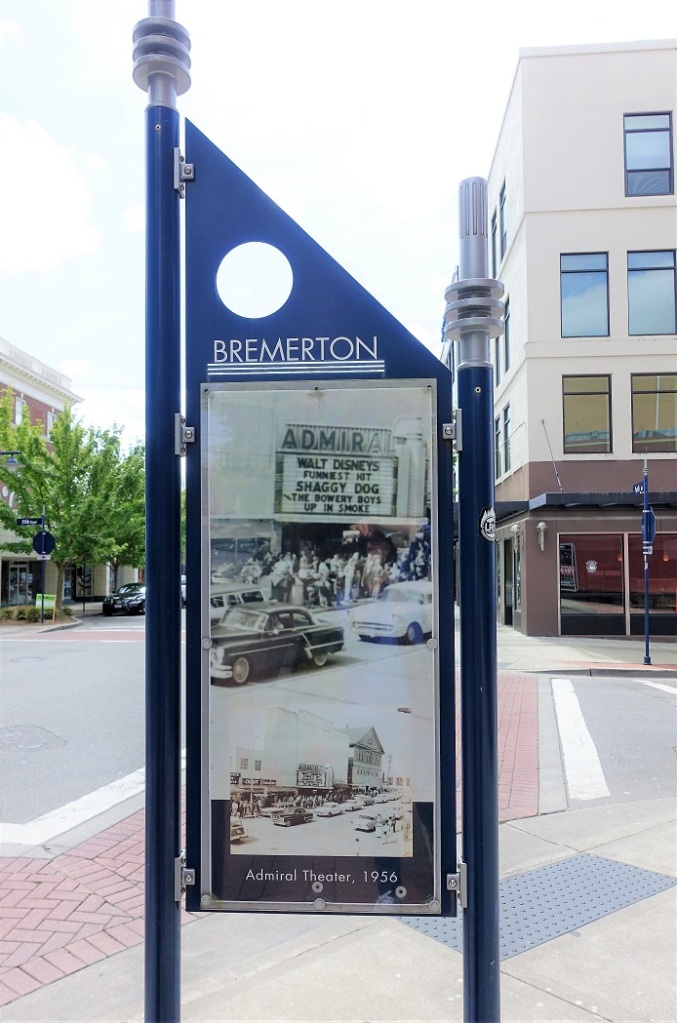 After stopping by a Flea Market we headed back to the waterfront for lunch. 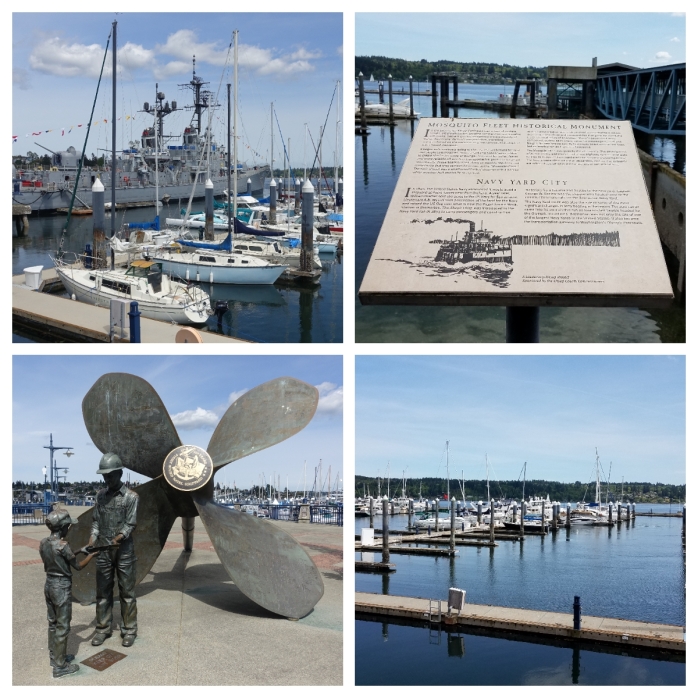 Then it was time to take the ferry back to Seattle, a sixty minute cruise with amazing views that the Northwest is famous for.

We said goodbye to Bremerton

and headed out through Sinclair Inlet between the Kitsap Peninsula and Bainbridge Island.

Around the first bend and to the right was our first peek at Mt. Rainier – and oo la la – it never gets old!

She grew bigger and bigger to the south as we crossed Puget Sound and the Seattle skyline came into view.

It was a beautiful day and reminded me why I love living in the Great Northwest. 🙂