By now you may have heard that we are experiencing the rainiest October through April in Seattle since 1895 when records began to be kept.  We have received almost 45 inches of rain since October 1st and April is not over yet.  And yes, it feels like it.

Still, when the sky clears I’ve become fond of chasing sunsets which manage to make an occasional dramatic appearance rainy day or not. Earlier this week I settled for the golden glow in the garden shortly before the sun went down.

And a few minutes later I enjoyed colorful clouds behind the evergreens. 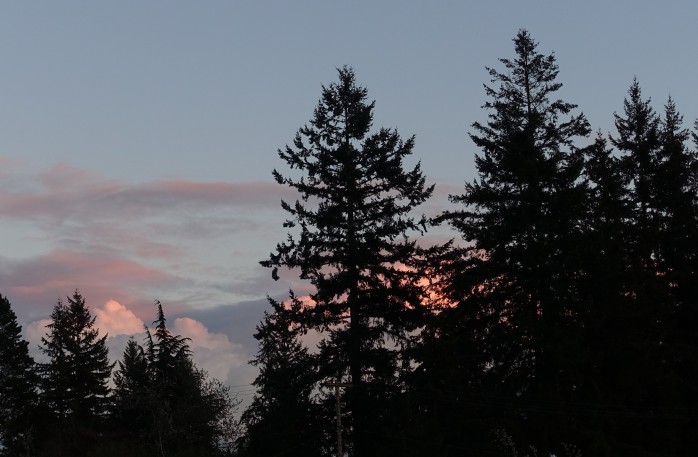 One rainy day followed by a clear evening with two different garden views gave me a little more practice with my camera and the setting sun.