After an unseasonably warm start to November the rainy season is officially upon us. What to do, what to do?  You can either lament the weather and hunker down inside for the next six months… or you can plan your rainy day activities now.  Here’s one for starters:  MOHAI.   No it’s not some exotic island in the Pacific; it’s Seattle’s own Museum of History and Industry at its new location on the shores of Lake Union.

One recent rainy day we made the trek into Seattle to visit the museum. First up was the Grand Atrium where we saw colorful icons from Seattle’s past.  Soaring overhead – Boeing’s first commercial aircraft, the 1919 B-1 flying boat (the only one made) which provided international airmail service between Seattle and Victoria, B.C. for eight years. Also on display:  the Rainier brewery sign, Slo-Mo-Shun IV the legendary hydroplane, and the original Lincoln Toe Truck with its big toe reaching 11 feet into the air. Before continuing to the next floor I watched a short film and was reminded of the many companies that got their start in Seattle beginning with the granddaddy of them all, the Boeing Airplane Company.  Did you know that a Boeing 737 takes off or lands somewhere every two seconds? Starbucks opened its first store in 1971 at the Pike Place market and changed America forever by making strong, delicious (overpriced) coffee available on every corner.  And how about Microsoft, started by two local brainy teenagers Bill Gates and Paul Allen, that other billionaire maker, Amazon, just to name a few.

Of course there’s too much in the museum to cover in a single post, so I’ll just mention a few things of interest, starting with the landing at Alki.

In November of 1851 twenty-two white settlers known as the Denny Party come ashore at Alki Point in the dreary cold and icy rain. How fitting. Chief Seattle and his tribe welcomes them and eventually the new town is named after the accommodating chief.  Henry Yesler starts up a lumber mill on Elliott Bay and logs are dragged to the mill down “Skid Road.”  The town grows and there seems to be a shortage of women who might teach and perhaps marry the loggers. What to do?  Import them!

Asa Mercer goes east in search of educated and adventurous women who are willing to come to Seattle. The journey was a long one from Massachusetts to the Isthmus of Panama and San Francisco to finally reach Seattle.  In 1864 the first small group of women arrives with more to follow. Remember the nineteen sixties TV show that tells the story?  I do!

The town continues to grow and prosper until like any big city worth its salt in history, it burns to the ground.  On June 6, 1889 the main business core of Seattle (mainly built of wood) burns down when a glue-pot tips over.  The volunteer fire department shows up but alas there is no water to be had anywhere. As the singing exhibit will tell you, “The tide was out and the hydrants were dry!”

There was no loss of life but the town was turned into rubble, leading to rebuilding with brick and mortar under new building codes.

(By the way it is a fact that much of the new town was rebuilt on top of the old one giving rise to today’s tours of Underground Seattle in Pioneer Square, which most locals never take; but hey, don’t let that stop you!)

Yes, Seattle has a vibrant music history!  Ray Charles moves to Seattle in 1948 and cuts his first record in his adopted city.  He meets Quincy Jones who grew up here. Jimmy Hendrix also grows up in Seattle and teaches himself guitar. And grunge rock takes off in the eighties led by the likes of Kurt Cobain, Nirvana, Pearl Jam and Soundgarden.

And how can I fail to mention the 1962 Century 21 Exposition otherwise known as the Seattle World’s Fair that helped shape Seattle’s future and brought the Space Needle to our skyline?  You can learn all about it at MOHAI. 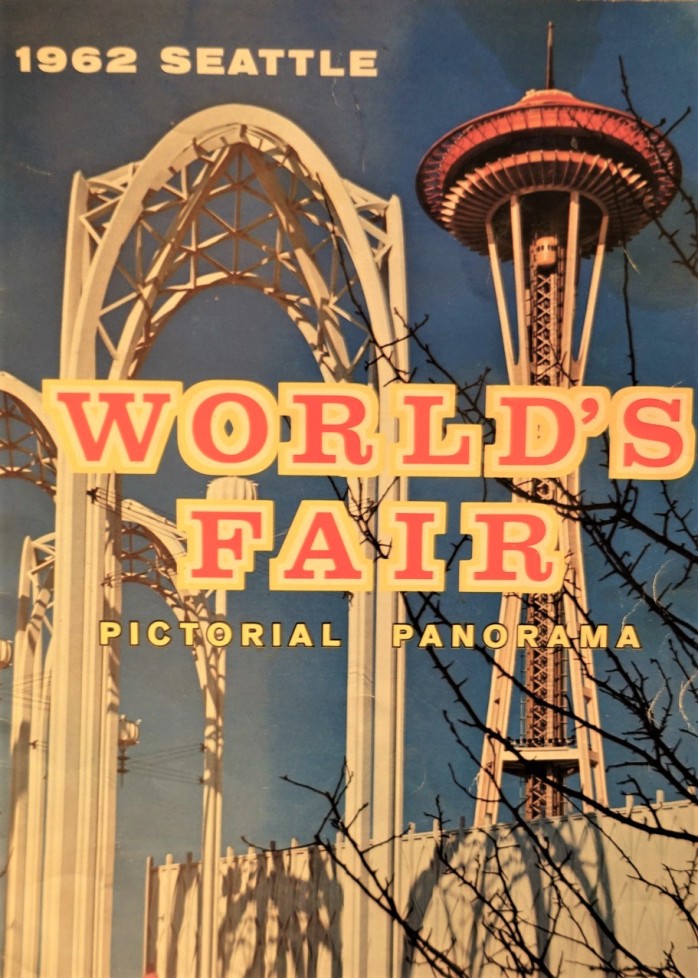 So why don’t you come and see the exhibits for yourself the next time the rain is falling?

Until then I’ll leave you with this Happy Ending from Elvis at the World’s Fair!

← Before the Sun Sets
Scenes from San Francisco  →

10 Comments on “Another Rainy Day in Seattle means MOHAI”