Cedar River Trail and the Big Birds Beside

Today was overcast but just right for a morning walk along the Cedar River Trail.

The river was flowing gently while reflecting the flowers and trees alongside its banks,

and the ducks were enjoying the flow. 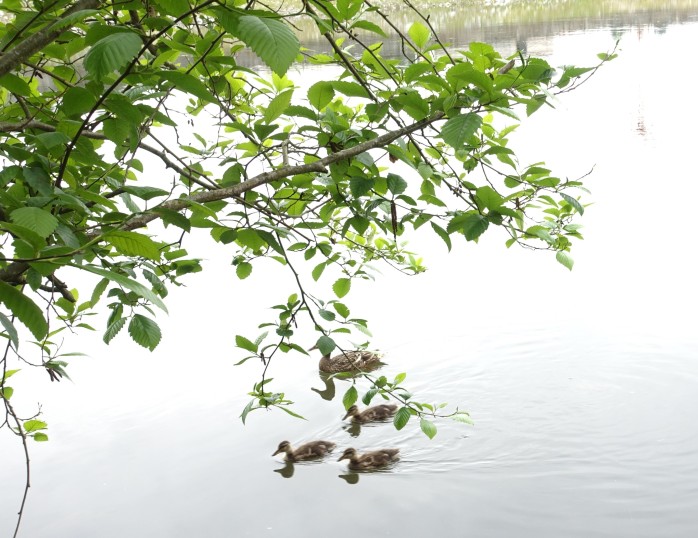 It wasn’t long before the Big Birds came into view. The Trail meanders along the river and through Boeing’s Renton Plant, home to the best selling commercial airliner of all time, the 737.  (Did you know a Boeing 737 takes off or lands somewhere every two seconds?) 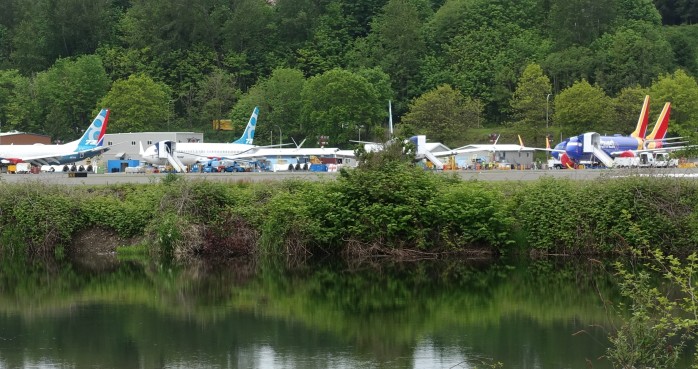 The Boeing Renton Factory opened during the 1940’s and produced the B29 Bombers used during World War II.

When I was growing up Seattle was known as the Jet City and everyone knew someone who worked at Boeing. Boeing is still the largest private employer in the state of Washington.

The 737, which went into production in 1967, is still manufactured at the Renton plant and can be seen lining both sides of the river. 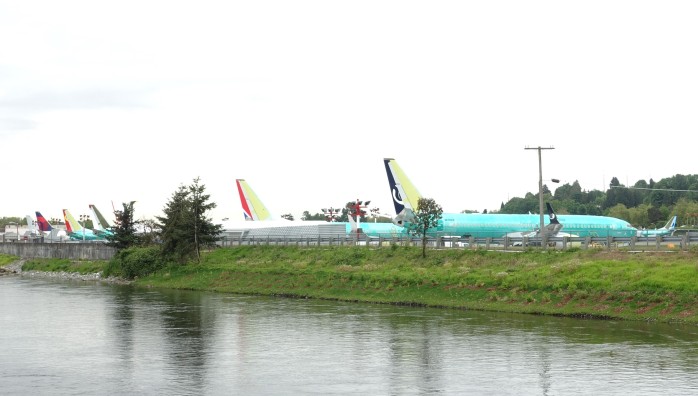 We talk with a guard who points out the 737 MAX currently under construction, distinguishable by the unique ‘pincher’ on the end of its wings.

We follow the trail to the south end of Lake Washington and stop to enjoy the views.

On our return I see this tree in spring dress and am reminded it is just getting warmed up..

and will light up the trail in the fall.

We’ll be back for the show.

← The Faithful Ones in the Early Spring Garden
The Garden, a Stream, and Benji →

2 Comments on “Cedar River Trail and the Big Birds Beside”