Starting from the Rocky Mountains of British Columbia, the Columbia River winds through my home state of Washington before flowing into the Pacific Ocean. I like to sing Woody Guthrie’s song whenever I cross the River.

“Green Douglas firs where the waters cut through
Down her wild mountains and canyons she flew
Canadian Northwest to the oceans so blue
Roll on Columbia, roll on!”

Last weekend before we crossed the River at Vantage, we stopped first at Ginkgo Petrified Forest, where the stony trees seemed to glow under gray skies. 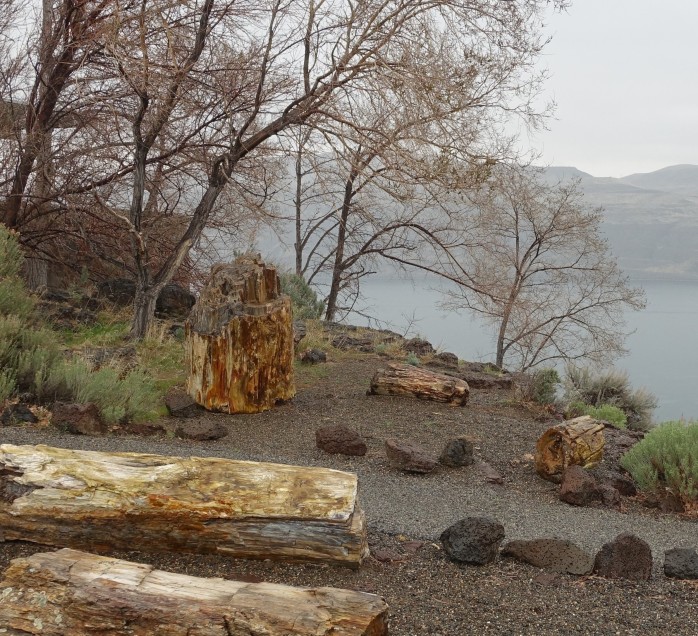 According to Wikipedia, “Around 15.5 million years ago, the region was lush and wet, home to many plant species now extinct. A number of these trees were buried in volcanic ash, and the organic matter in the tree trunks was gradually replaced by minerals in the groundwater; the resulting petrified wood was protected for millennia by flows of basalt.  Near the end of the last ice age, the catastrophic Missoula Floods eroded the basalt, exposing some of the petrified wood.”

The visitors center was closed and so after a short walk we headed to the other side,  stopping to take in the vast size and beauty of the mighty Columbia, flowing silently under dark and heavy clouds. 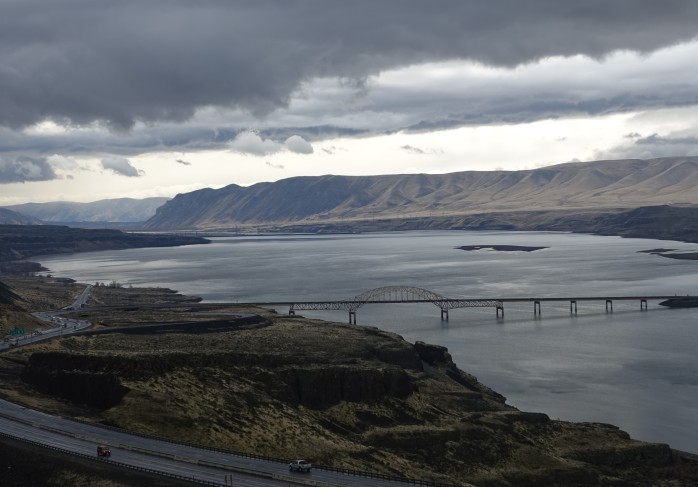 The view of the River was amazing as was the view of these wild horses above (officially called ‘Grandfather Cuts Loose the Ponies.’)

It was well worth the stop on both sides.

← The Kitties and the Catnip
Rise/Set – Weekly Photo Challenge →