My computer came loaded with Microsoft Edge and I’ve used it for everything including blogging.  Until it became increasingly buggy.  First, I started losing my credentials when reading other blogs which caused my comments to show up as ‘Anonymous.’    Next, and even more annoying I can no longer upload pictures when creating a post.  And more recently I’m finding glitches with comment notifications.

Okay, fine.  I’d already switched to Chrome to solve the anonymous problem and I’ve been using it to load pictures.  So it had become my browser of choice for blogging. Until today that is, when I opened my blog in Chrome and found that the font had shrunk making it hard to read.  Sigh.

Enter Firefox!  Rather than log a case with WordPress I thought – what the heck – let’s try another browser!   So yes indeed I downloaded Firefox and I now have three – count ’em  three! – browsers on my PC to use when one or the other of them causes me heartache.

I’m using Firefox to create this post – so far so good. The font is what I like, I’m able to upload my pictures and my credentials are working on other blogs.

I hope there is not a fourth browser in my future!

Now before I leave you I want you to know that I accomplished this amazing feat this morning while being continually harassed (excuse me,  entertained) by my office helper, you know the one. 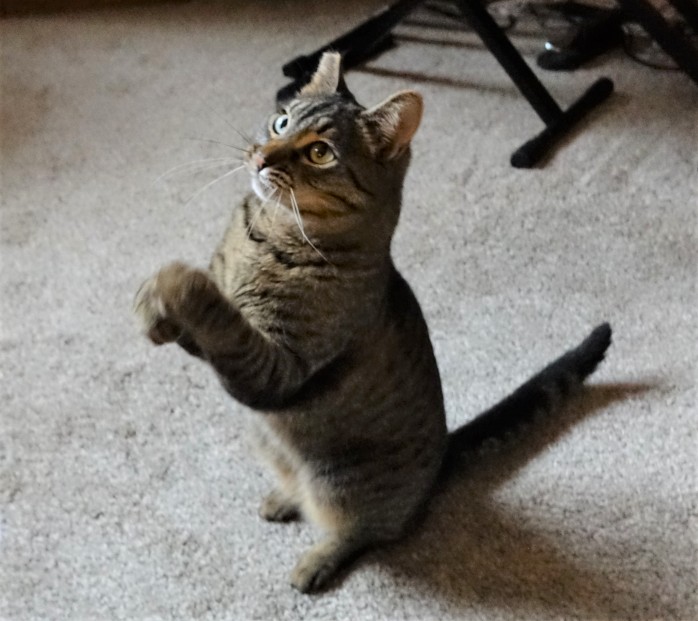 That will be all for now.

← A Thanks and Celebration of Four Years of Blogging!
Ambling in the Rainy Day Garden →

20 Comments on “How Many Browsers Does One Blogger Need?”