Olympic National Park spreads over the Olympic Peninsula in the northwest corner of Washington State, almost a million acres of protected wilderness, with mountains, forests and the wildest coastline in the contiguous United States. A designated World Heritage Site and International Biosphere Reserve it attracts visitors from around the world.  It also attracts us locals and we visited again this summer, this time camping in a remote section of the Park at beautiful Mora.

Located next to the Quillayute River, and a mile from Rialto Beach, Mora lies deep in old growth forest, dripping green and gorgeous and that’s where we parked our trailer the first two nights. Mora doesn’t take reservations but we got there early in the week and easily found a spot. You may be surprised to hear it cost us a measly $10 a night to camp. Yes, true.  Already a bargain at $20 a night, it’s only $10 for those with a Senior National Parks Pass. Money well spent, I think. 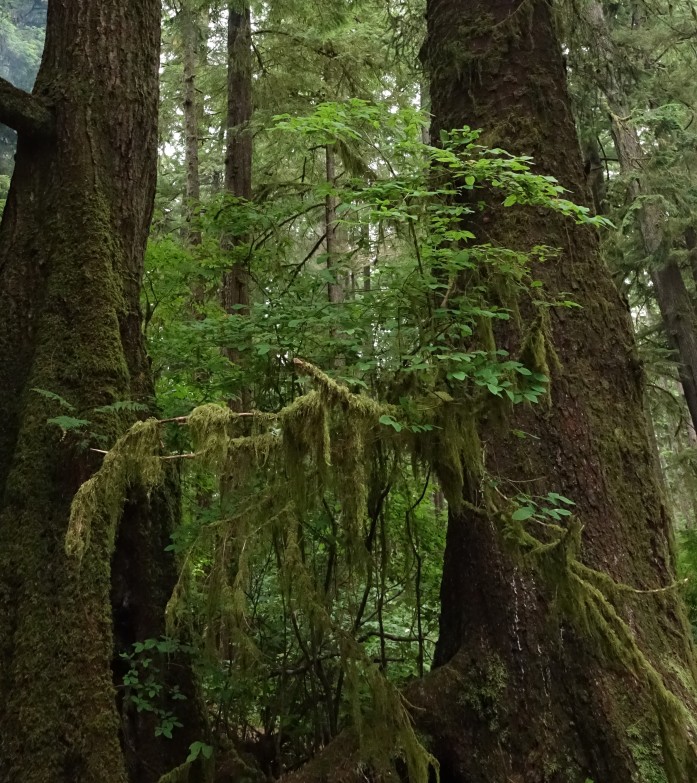 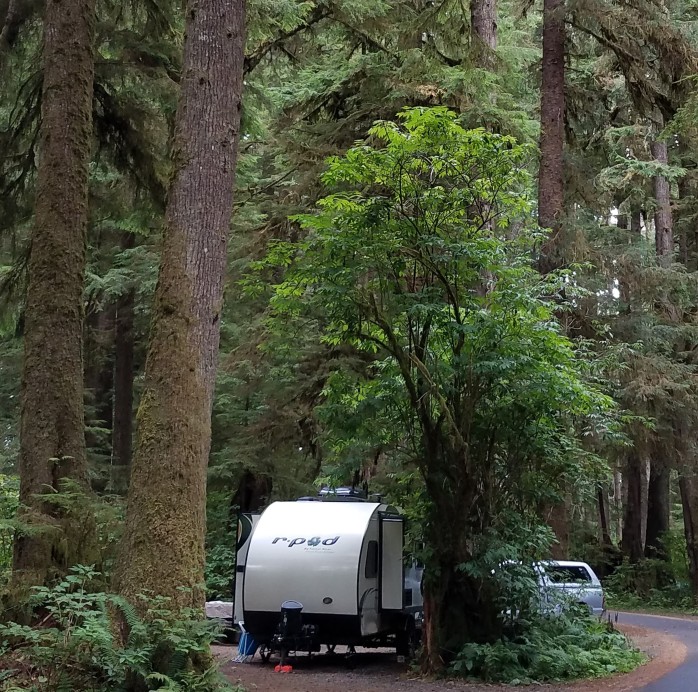 The Quillayute River is only four miles long, formed by the confluence of the Sol Duc and the Bogachiel Rivers, before it flows into the Pacific Ocean. We stopped by the river on our way to Rialto Beach and I felt transported to an earlier time, almost expecting to see Native Americans in traditional garb, fishing, and weaving baskets from cedar bark.  In fact the Quileute Indian Reservation is home to the Quileute tribe who’ve lived in this area for thousands of years. The village of La Push is its largest community and sits at the mouth of river, just south of Rialto Beach. 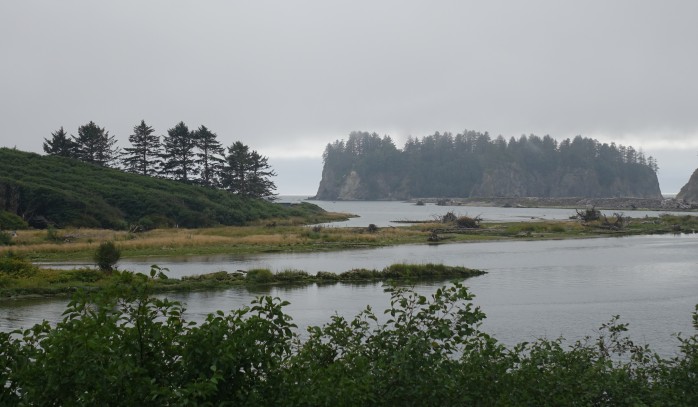 We visited instead with a family from France, who had stopped to take pictures of the eagles. 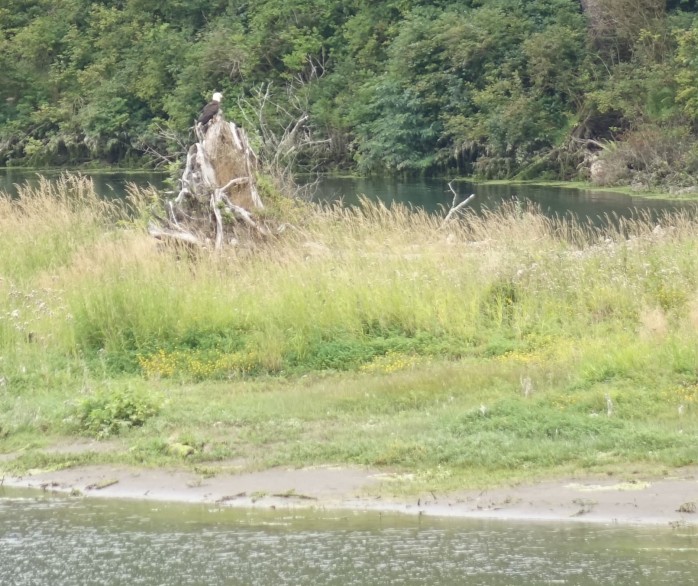 They also pointed out this resting seal to us, a real treat! 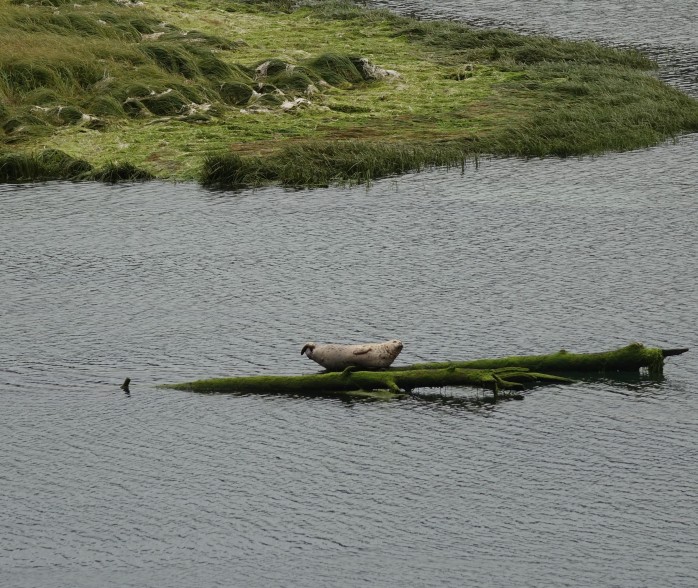 We discovered Rialto Beach on our trip to the park last year, but I was impressed all over again with its rugged beauty, offshore sea stacks, and the size of the giant drift logs and standing ghost trees on the beach. 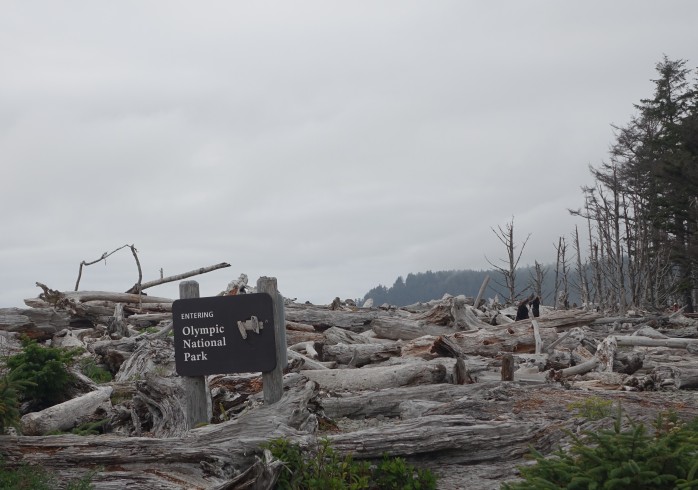 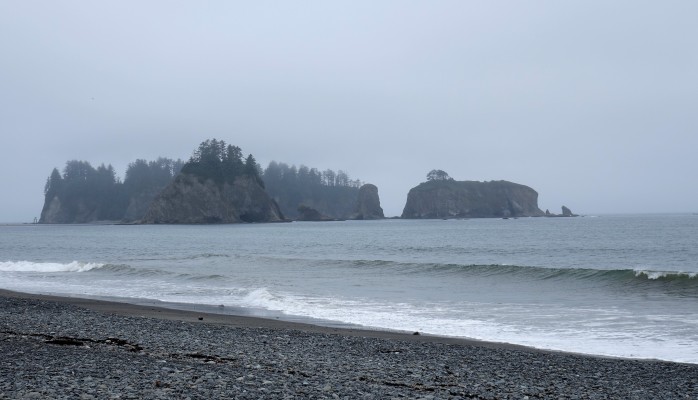 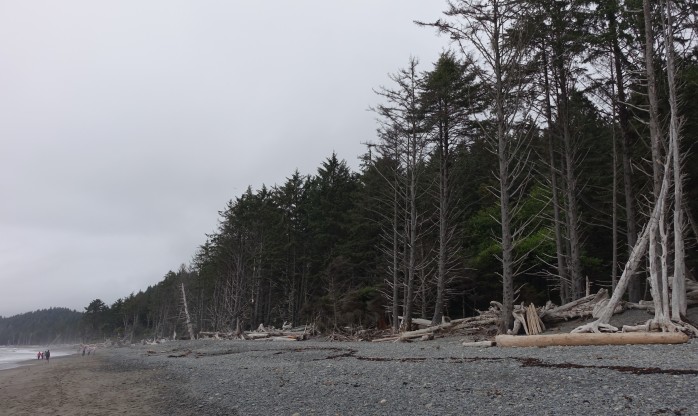 I asked Bob to pose in front of one of the logs for scale and he obliged. 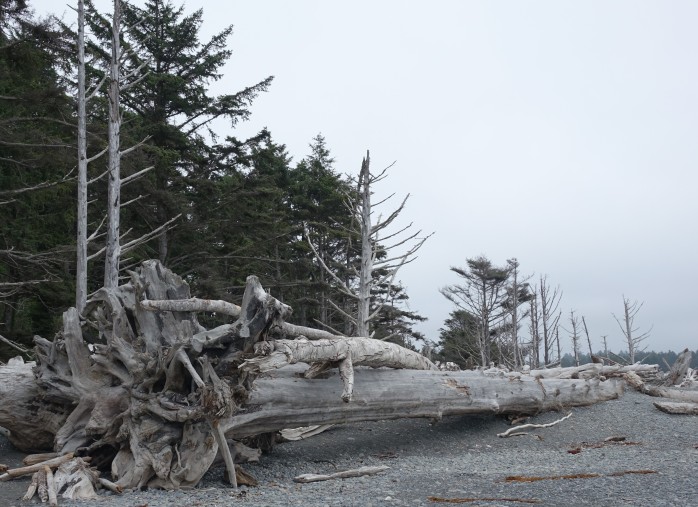 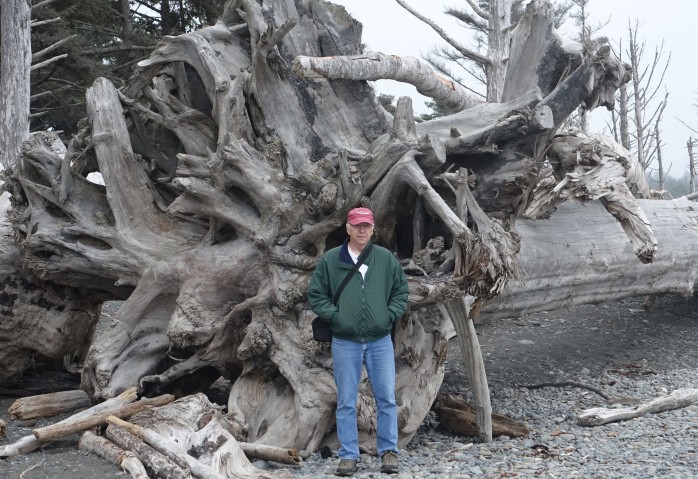 Then while he fished in the surf (catching only seaweed)  I walked a mile up the beach to get a closer look at some sea stacks. 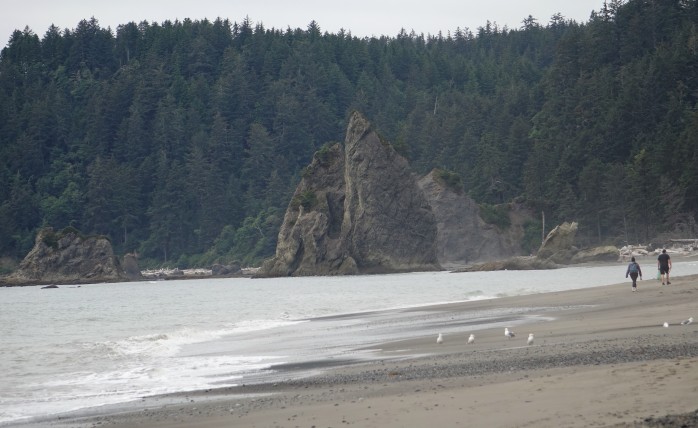 On my walk I saw what looked like a giant tarantula but was another tree stump, not completely bleached of color yet. 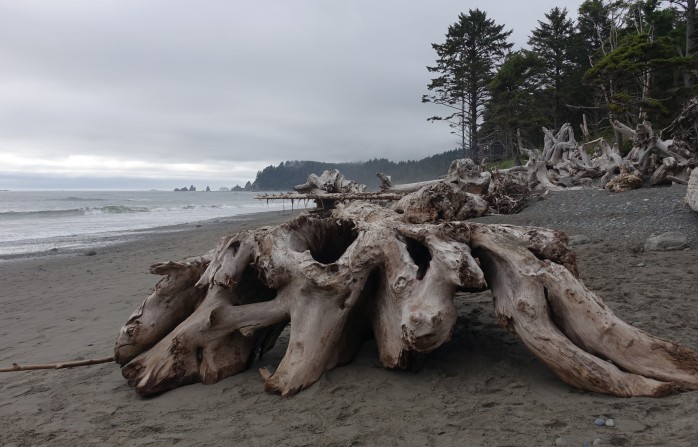 Though it was cool and overcast, it was a refreshing change from the dry heat we’ve had in the Seattle area most of the summer. We did find blue skies on our visit to La Push and First Beach the next day and on our hike to Third Beach; more to come on that in a future post.

← Can We Come Too?
Happy International Cat Day! →