We went to the Skagit to see the eagles.

But found the real attraction was the landscape. 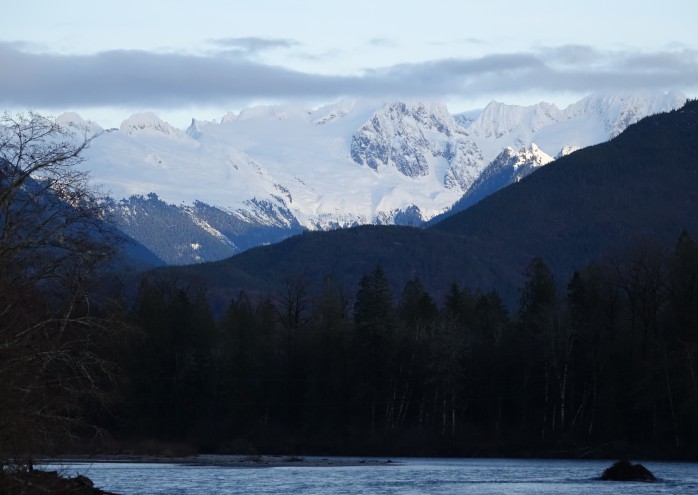 And the sunset over the river.

P.S.  The Skagit River lies a couple of hours north of Seattle and is part of the Wild & Scenic River System. Bald eagles from British Columbia and Alaska migrate to the Skagit and other rivers of the Pacific Northwest in late fall, to feed on salmon carcasses, and remain until late January.

8 Comments on “The Skagit”